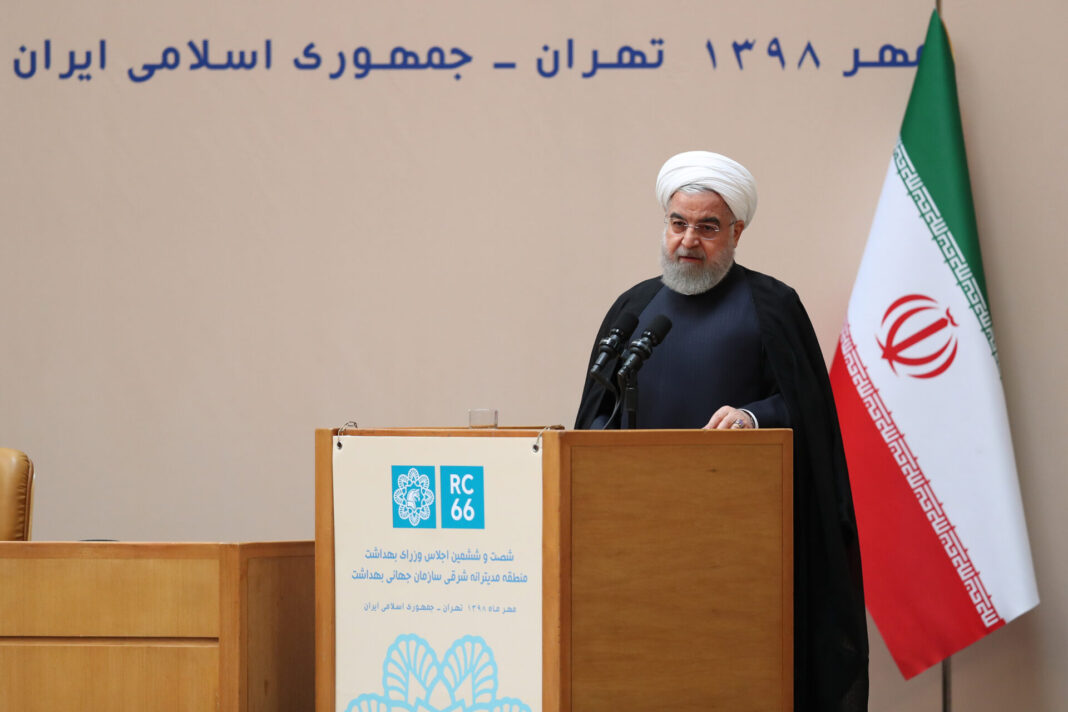 Iran’s President Hassan Rouhani has censured the US cruel sanctions against the Iranian nation saying that food and medicines embargo is another facet of this anti-human crime.

Rouhani noted that the United States has committed crime against humanity regarding Iran and that it is an act of economic terrorism.

Speaking at the 66th Session of the WHO Regional Committee for the Eastern Mediterranean in Tehran, Rouhani underlined that “today, more than 95 percent of our nation’s medicines are manufactured domestically.”

Referring to the US crimes against the great Iranian nation, he maintained that Washington, without any reason, and simply due to pressure by domestic extremists in the country, surrendered and left the JCPOA as an international agreement.

“A Saudi official and the head of the Zionist regime as well as White House extremists have announced it clearly that they have pressed the US government to withdraw from the nuclear deal,” Rouhani said.

“This is not what I want to say analytically, this is what the whole world heard. Leaving an international agreement is a disgrace to the country, and the greater disgrace is when the agreement has been endorsed by the United Nations. The US has violated international law and regulation by withdrawing from the JCPOA. This disgrace is further shown when food and medicine are included in sanctions.”

He said Iran’s friends did not forget the country. “Although they respect the US in words, but they help us in practice.”

“While for the fear that their companies are boycotted by the US they spoke with appealing language with the White House, we express gratitude to them as well.  Our thanks go to all of our health care staff for not letting the pains continue.”