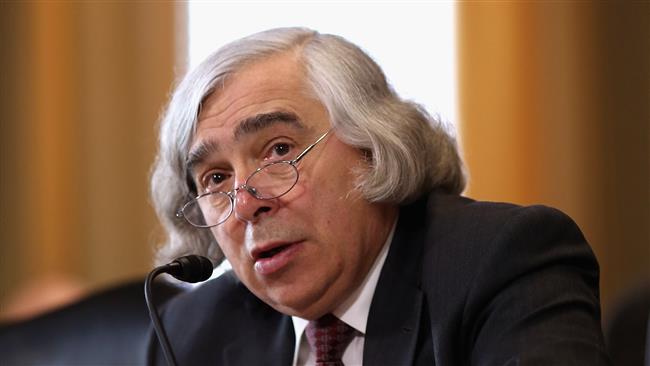 The US media have reported that the administration of President Barack Obama is moving to finalize a deal with Iran worth $8.6 million to buy heavy water from Iran.

“We are still in the process of executing that first transaction,” Energy Secretary Ernest Moniz said Wednesday at a policy forum hosted by Politico in Washington.

Iran’s Deputy Foreign Minister for Legal and International Affairs Abbas Araqchi said in April that Iran under a deal with the US will sell 32 metric tons of heavy water to the country – what was seen as a major step in the commercialization of Iran’s nuclear energy program.

Other officials have emphasized that the material will be provided to commercial and research entities, including a national lab, inside the US.

The JCPOA gives Iran the right to sell, dilute or dispose of the heavy water it has produced under certain conditions.

It also allows Iran to sell its enriched uranium material – called UF6 – and to buy natural uranium or “yellow cake” in return.

Russia announced in April that it is considering buying metric 40 tons of heavy water from Iran in what could make Moscow the second customer of the nuclear material from Iran after Washington.