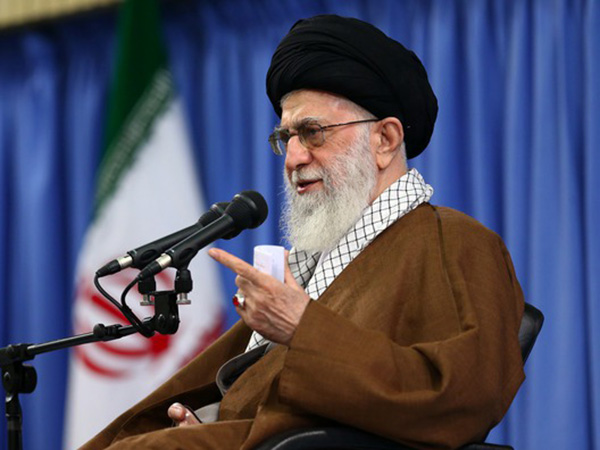 Ayatollah Seyyed Ali Khamenei, the Leader of Iran’s Islamic Revolution, says American people and elites feel ashamed of the ‘nonsensical’ and extremely ‘awkward’ remarks made by US President Donald Trump at the UN General Assembly.

Speaking in a meeting with the chairman and members of the Assembly of Experts on Thursday, September 21, the Leader blasted the nonsensical and absolutely awkward speech made by the American president in his address to the UN General Assembly on Tuesday.

“These words were not triggered by a sense of power, but by anger, helplessness, and imbecility; because, the US government has become increasingly angry and dissatisfied that plots, they initiated several years ago, in Western Asia were neutralized due to the effective presence of the Islamic Republic of Iran,” Ayatollah Khamenei said, according to his English website.

“The speech presented by the US president did not make Americans proud. The educated American elite must feel embarrassed for having such a president; as they have previously expressed feelings of shame,” the Leader added.

“That foolish, extremely ugly and hideous speech by the US president, with its gangster and cowboy language fraught with sheer lies, stems from their fury, frustration and light-headedness,” the Leader said.

Regarding the anger of the American officials, Ayatollah Khamenei said, “The US government had developed a plot for Western Asia many years ago. They called this plan the ‘New Middle East’ or ‘Greater Middle East’.”

“Three pillars of this plot were Iraq, Syria, and Lebanon; however, the US was defeated in all three of these countries,” the Leader noted.

“The presence and influence of the Islamic Republic of Iran caused the plots and intentions of the US and the Zionist regime [of Israel] to fail in the region, and that is the reason for their anger,” the Leader added.

During his speech at the UN General Assembly on Tuesday, Trump accused Iran of engaging in “destabilizing activities” in the region. He claimed that Iran’s “support for terror is in stark contrast to the recent commitments of many of its neighbors to fight terrorism and halt its financing.”