US congressmen urge Blinken to resign over Afghanistan withdrawal 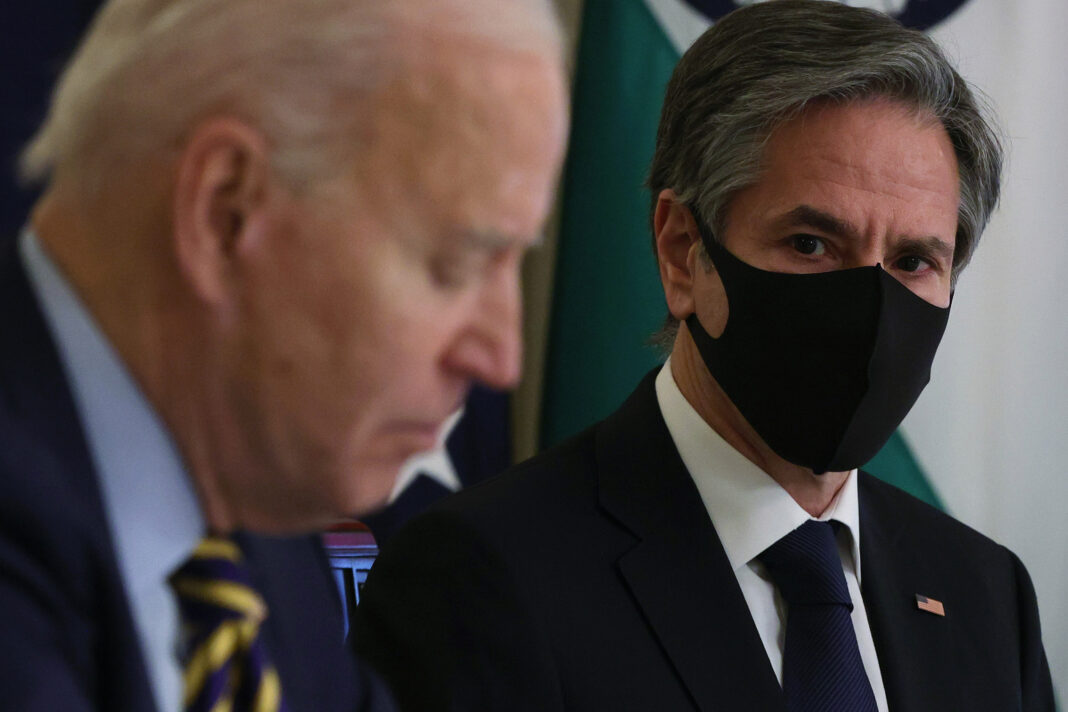 Three Republican congressmen told Secretary of State Antony Blinken on Monday that he should resign over his handling of the US military pullout from Afghanistan.

During a hearing of the House Foreign Affairs Committee, in which Blinken testified, Rep. Joe Wilson, R-S.C., blamed the Joe Biden administration for allowing the Taliban to take over Afghanistan and turning it into a “safe haven for murderous terrorists”.

Wilson also blasted the administration for the crisis at the US southern border, which he said allows individuals on the FBI’s terrorist watchlist “to enter American neighborhoods as lone wolf suicide bombers to murder as many Americans as possible”.

“In American history, American families have never been at a greater risk of attack at home than today,” Wilson told Blinken, adding, “The global war on terrorism is not over, it has been moved from abroad to American homes. As the grateful father of an Afghanistan veteran, I especially see your actions as indefensible.”

Wilson slammed the administration for pulling US troops out of Bagram Air Base, which was handed back to the Afghan government on July 1 before it was overtaken by the Taliban on Aug. 15. He said that decision was directly responsible for the Aug. 26 suicide bombing attack in Kabul.

“Your bizarre abandoning of Bagram Airfield led directly to 13 Marines murdered at Kabul,” he said, adding, “You should resign.”

The attack by Daesh militants killed 11 US Marines, one Army soldier, and one Navy corpsman.

Blinken didn’t respond to Wilson’s call for resignation but thanked him for expressing appreciation at the beginning of his statement for the US Foreign Service diplomats all over the world that serve under the State Department.

“Let me simply thank the member for his support for the men and women of the State Department,” Blinked said,adding, “I appreciated that part of his statement. Thank you.”

“We have an administration that does not know how to confront an adversary, understanding that they do not respect weakness, they only respect strength,” he said, adding, “And it is so greatly unfortunate, the consequences, and I believe that you, sir, should resign. That would be leadership.”

Rep. Brian Mast, R-Fla., who lost both legs while serving in Afghanistan, got into a heated exchange with Blinken as the congressman’s allotted time to question the secretary of state drew to a close.

Mast slammed the administration’s handling of the withdrawal, pointing to Biden’s controversial leaked call with former Afghan President Ashraf Ghani, leading the Florida Republican to proclaim that he does not “believe a word” the secretary was saying.

“I don’t want to hear from the secretary,” Mast stated, adding, “He lies to us when he appears before us.”

“I don’t want to hear the secretary,” the congressman repeated himself, noting, “We don’t need to hear lies.”

Mast also showed Blinken the pictures of the 13 US service members killed in the Kabul suicide bombing while reading their names, ages and quotes from their families.

Roughly 100 American citizens who want to leave Afghanistan remain in the country as of the end of last week, Blinken also stated. His testimony came two weeks after the completion of the Afghanistan withdrawal.

Republicans on the committee excoriated Blinken in his first of two hearings on the Biden administration’s botched withdrawal from Afghanistan.

But Democrats on Monday emphatically defended Biden’s hasty military withdrawal from Afghanistan during the hearing of the House Foreign Affairs Committee, in which Blinken was grilled over the administration’s handling of the exit.