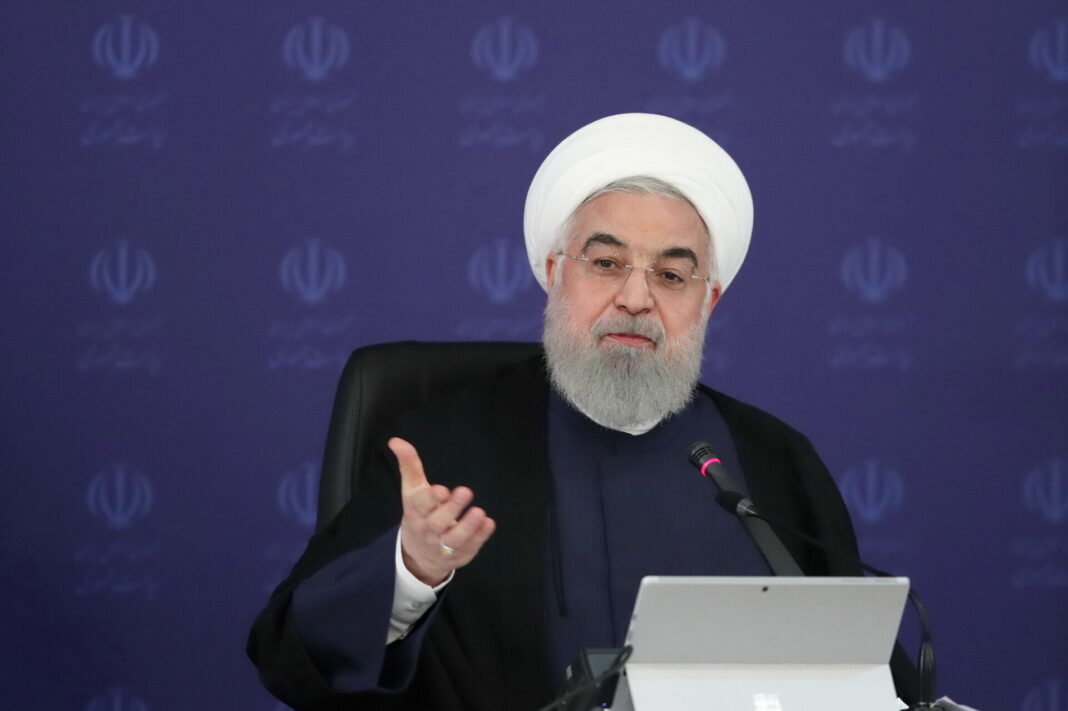 The Iranian president says the United States is committing terrorism in the medical domain by maintaining its sanctions on Iran amid the coronavirus outbreak.

“As for this disease, the Americans continue the same wrong trend [of unilateralism] and their inappropriate thoughts. This is a historic issue, and it will go down in history that the White House has been a terrorist in economic issues, and now is a terrorist with regards to medical issues as well,” said the president.

“This will amount to a historical stigma for the ruling elite of the US, which keeps its pressure on the great Iranian nation under the current circumstances,” he added.

Elsewhere in his remarks, President Rouhani asked the International Monetary Fund (IMF) to discharge its responsibilities regarding Iran’s loan request.

“We requested a loan from them. If they are going to practice discrimination against us, obviously that would not be tolerated by us and the world public opinion,” the president noted.

“Over the past 50 years or so, we have not requested anything from the IMF … If they are not going to discharge their responsibilities, the world will judge them differently,” he said.