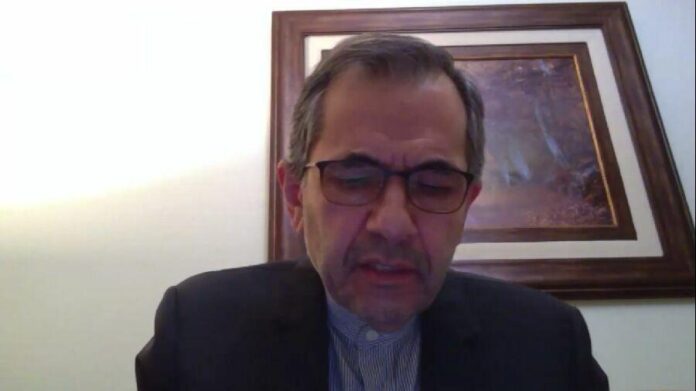 Majid Takht Ravanchi also fulminated against Washington for threatening other countries. “One of the living examples of systematic mockery of international law is the US breach of UNSC Resolution 2231 and its blatant threats against other countries to make them violate the resolution or face punitive measures,” said the top diplomat at a virtual and unofficial meeting of the UN Security Council held Friday, marking the 75th anniversary of the of World War II.

He also stressed the need to reinforce multilateralism.

“Multilateralism has faced numerous challenges, and the strengthening of the rule of law, international cooperation and interaction are the requisite for those challenges to be removed,” he said.

The top diplomat said lessons should be learned from the bitter experience of World War II.
He also said the UN was established to serve as a centre to coordinate actions by countries in order to solve global problems.

“Policies and actions by some countries have undermined the credibility of the UN and the rule of law, countries such as the United States, which breaches international law and regulations, and whose foreign policy is addict to using inhumane tools like unilateral sanctions,” he said.

Takht Ravanchi further lashed out at Washington’s policy of withdrawing from international organization and agreements, including its pullout from the Iran nuclear deal known as the Joint Comprehensive Plan of Action (JCPOA) as well as its violation of UNSCR 2231.

“Such policies have created challenges for multilateralism and has jeopardized collective interests of world countries,” he said.

“The world should make every effort to get the policy of power replaced with the rule of law, and confrontation with cooperation,” he said.