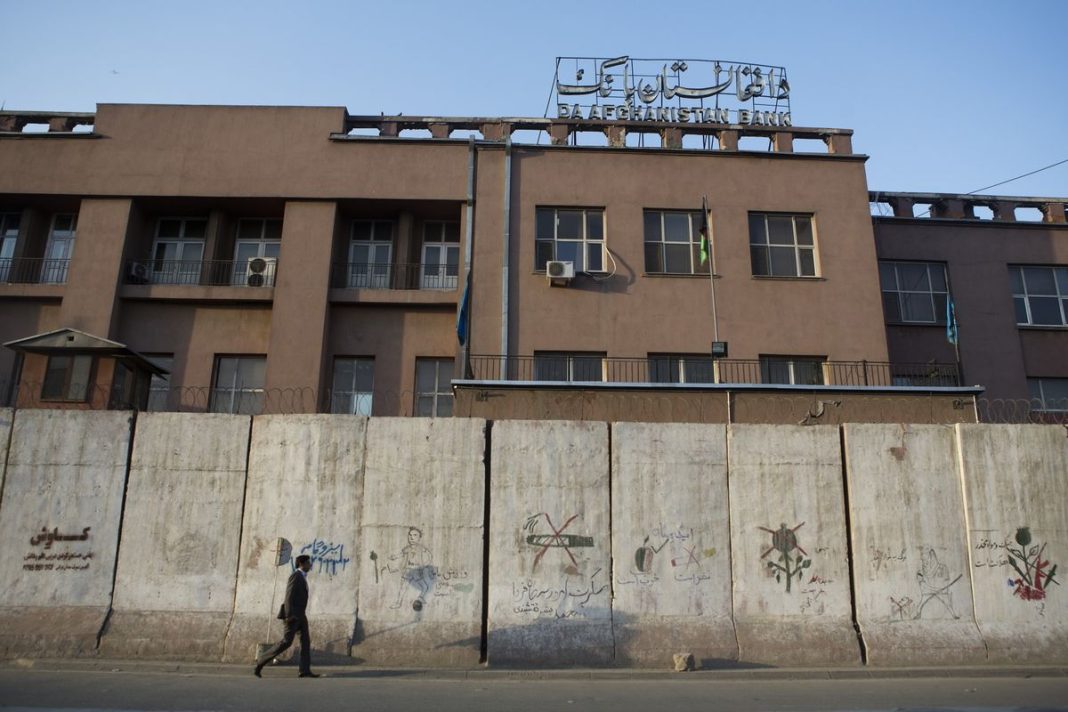 The administration of US President Joe Biden has decided not to release any of the roughly $7 billion in foreign assets held by Afghanistan’s central bank on US soil and has suspended talks with the Taliban over the funds after the killing of al Qaeda’s leader Ayman al-Zawahiri in Kabul, according to American officials.

The decision reverses early indications of progress in talks between the US and the Taliban and deals a blow to hopes of an economic recovery in Afghanistan as millions face starvation a year into the group’s rule.

The US drone strike that killed al-Zawahiri late last month exposed deep rifts within the movement and fanned concerns in the West about a resurgence of global terrorism emanating from Afghanistan.

Zawahiri was living with his family in central Kabul, next to a guesthouse of Sirajuddin Haqqani, the Taliban’s powerful minister of interior. After the strike that killed the al Qaeda leader, the US suspended talks with Taliban banking officials and ruled out using some of the money for aid or other operations to stabilize the Afghan economy, after previously suggesting this could be an option.

“We do not see recapitalization of the Afghan central bank as a near-term option,” top US envoy Tom West told The Wall Street Journal in a statement.

West engaged banking officials for months prior to reaching this conclusion.

“We do not have confidence that that institution has the safeguards and monitoring in place to manage assets responsibly,” he said, adding, “Needless to say, the Taliban’s sheltering of al Qaeda leader Ayman al-Zawahiri reinforces deep concerns we have regarding diversion of funds to terrorist groups.”

The US remains the biggest aid donor to Afghanistan, with money distributed through international organizations and aid groups.

The Biden administration previously announced it was considering releasing half of the roughly $7 billion it holds for the benefit of the Afghan people while setting aside the rest pending litigation by relatives of 9/11 victims for compensation.

The White House was weighing using the proposed $3.5 billion trust fund for Afghanistan to pay for humanitarian aid and to inject funds into the struggling Afghan central bank, provided it could guarantee how that money would be used. Both options are currently off the table.

A White House spokeswoman said the government continued to engage in longer term talks with other foreign nations about the establishment of a fund to manage the reserves for the Afghan people.

“There has been no change in our approach, which always was and remains focused on finding a way for the funds to benefit the Afghan people, while not benefitting the Taliban,” the spokeswoman added.

Shah Mehrabi, a board member of the Afghan central bank appointed during the fallen US-backed republic, stated the decision to keep the funds on US soil could have disastrous real-life consequences on the already struggling Afghan people.

“Many poor women and children will not be able to buy bread and other necessities of life. The country will continue to depend on humanitarian aid, which is not a solution,” continued Mehrabi, who is also a professor of economics at Montgomery College in Maryland.

“Those reserves belong to the central bank, and have to be used for monetary policy,” he added.

The latest setback in relations between Afghanistan’s new rulers and the West comes as the Taliban mark one year since they returned to power after toppling the US-backed government in Kabul.

Despite early hopes the Taliban had changed, the group introduced some of the same measures that contributed to their isolation during their last period in power 20 years ago. These include banning girls from school after sixth grade, keeping women out of most government jobs and prohibiting women from traveling without a chaperone.

There are no planned engagements between the US and the Taliban on other topics of mutual interest, US officials noted.

Chief among these in Washington is the release of Mark Frerichs, an American contractor held by the Taliban for more than two years. In return, the Taliban are demanding the release of Bashir Noorzai, an Afghan drug lord with ties to the Taliban. Noorzai is currently serving a life sentence in the US for attempting to smuggle $50 million of heroin into the country.

The Taliban are eager to achieve international recognition, along with the lifting of sanctions and the release of billions of dollars in central-bank assets needed to stabilize the economy. Inflation is soaring, the banking system is hobbled and foreign companies are widely avoiding transactions with Afghanistan for fear of running afoul of international sanctions that target the Taliban leadership.

The United Nations has warned that over 90% of the Afghan population lacks sufficient food and nearly half of the population is facing acute hunger.

Since last year’s pullout, the US has taken some steps to address Afghanistan’s catastrophic humanitarian emergency. It remains the single biggest provider of aid, with over $774 million pledged to the country over the past year.

Since they seized power by force in August 2021, the Taliban have imposed harsh restrictions on women, while trying to establish cordial relations with Washington and other governments whose armies they once fought.

A blue-and-white mural painted on blast walls outside the Ministry of Foreign Affairs in Kabul lays out a priority for Afghanistan’s rulers: “The Islamic Emirate of Afghanistan wants positive and peaceful relations with the world.”

That tension was on full display after Zawahiri was killed by a US drone strike in central Kabul in late July. The Taliban swiftly condemned the attack on Afghan soil, but took days to address the allegation that the group was sheltering the terrorist leader.

“There is a level of understanding that a confrontation with al Qaeda, especially if there isn’t a good justification, could risk fragmentation of the movement—and that is what prevents any type of strong action against al Qaeda,” says Ibraheem Bahiss, an Afghan expert at the International Crisis Group.

“If al Qaeda chooses a new leader who is not in Afghanistan the Taliban may breathe a sigh of relief,” he adds.

In the aftermath of the attack, scattered anti-American protests took place in parts of the country, and the official Taliban reaction, when it arrived, was muted. In a statement issued after an emergency meeting of Taliban leaders in the southern city of Kandahar, the group announced it was unaware of Zawahiri’s presence in the country and would investigate whether he was killed in the strike.

“There is no threat to any country, including America, from the soil of Afghanistan,” the Taliban statement read.