US, Allies Not Allowed to Play Role in Syria Peace Talks: Assad 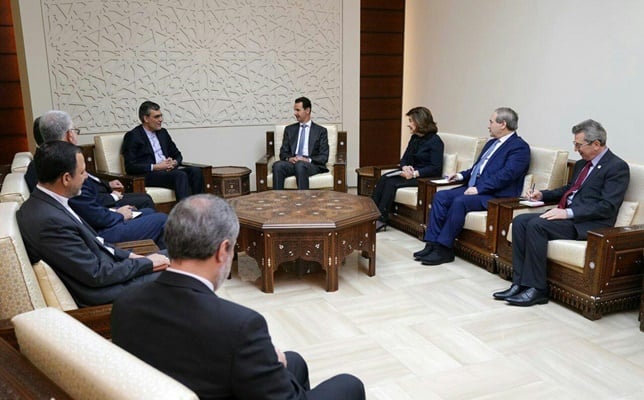 Syrian President Bashar al-Assad says the US and its allies cannot be part of the international process to end the Syria crisis.

Countries which launch aggression against other nations are not eligible to contribute to the peace process in Syria, whatsoever, Assad announced on Monday.

He made the remarks in a meeting with Hossein Jaberi Ansari, a senior assistant to Iran’s foreign minister, in Damascus.

Assad also thanked Iran for its support for the Syrian government and nation in the war on terror.

The two sides further discussed the latest political developments in Syria as well as the coordination between Tehran and Damascus at this juncture.

Jaberi Ansari, who is Iran’s top negotiator in Syria peace talks, congratulated Assad on the fresh gains made by Syria and its allies in the fight against terrorists.

He condemned the recent acts of aggression on Syria by the Israeli regime and three Western countries, saying the moves suggest a spirit of aggression and their non-compliance with international regulations and a blatant violation of the provisions of the UN Charter.