University of D-8 Countries to Be Built in Iran 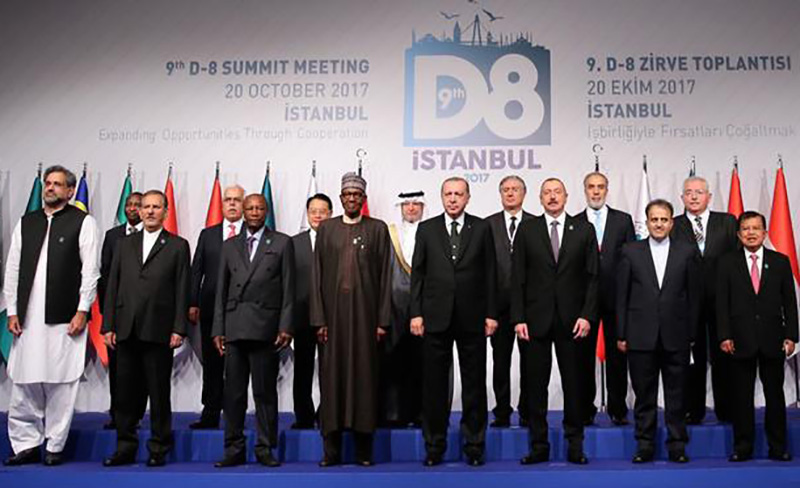 The D-8 Organisation for Economic Cooperation (the Developing-8) has decided to construct a joint university for its member states in the Islamic Republic of Iran.

In the final declaration released after the conclusion of a D-8 Summit in Turkey’s Istanbul, the member states of the Developing-8, including Turkey, Bangladesh, Egypt, Indonesia, Iran, Malaysia, Nigeria, Pakistan, hailed the construction of a joint university in Iran.

Turkish President Recep Tayyip Erdoğan declared that students from all the D-8 member countries will study at this university.

The 9th Summit of the Developing Eight Organisation for Economic Cooperation took place on October 20, 2017, in Istanbul, Turkey.

During the summit, the D-8 member states agreed to use their national currencies when doing business with each other.

“D-8 countries conduct a great deal of trade between each other. When making these purchases, they will be able to purchase goods by using their own currency. No need to involve dollars. D-8 countries will be able to do this for themselves,” Erdoğan said, emphasizing that using national currencies will boost trade and economies.

They also called for expansion of the D-8 group, and declared that the number of its member states will be increased to 20.

“The Developing Eight (D-8) needs to gain more visibility. We cannot leave our future to the mercy of a few actors. We are advocates of an organisation in which all countries of the world, regardless of size, have an equal say,” said Erdoğan.

The objectives of D-8 Organisation for Economic Cooperation are to improve member states’ position in the global economy, diversify and create new opportunities in trade relations, enhance participation in decision-making at international level, and improve standards of living.

The combined population of the eight countries is about 60% of all Muslims, or close to 13% of the world’s population.