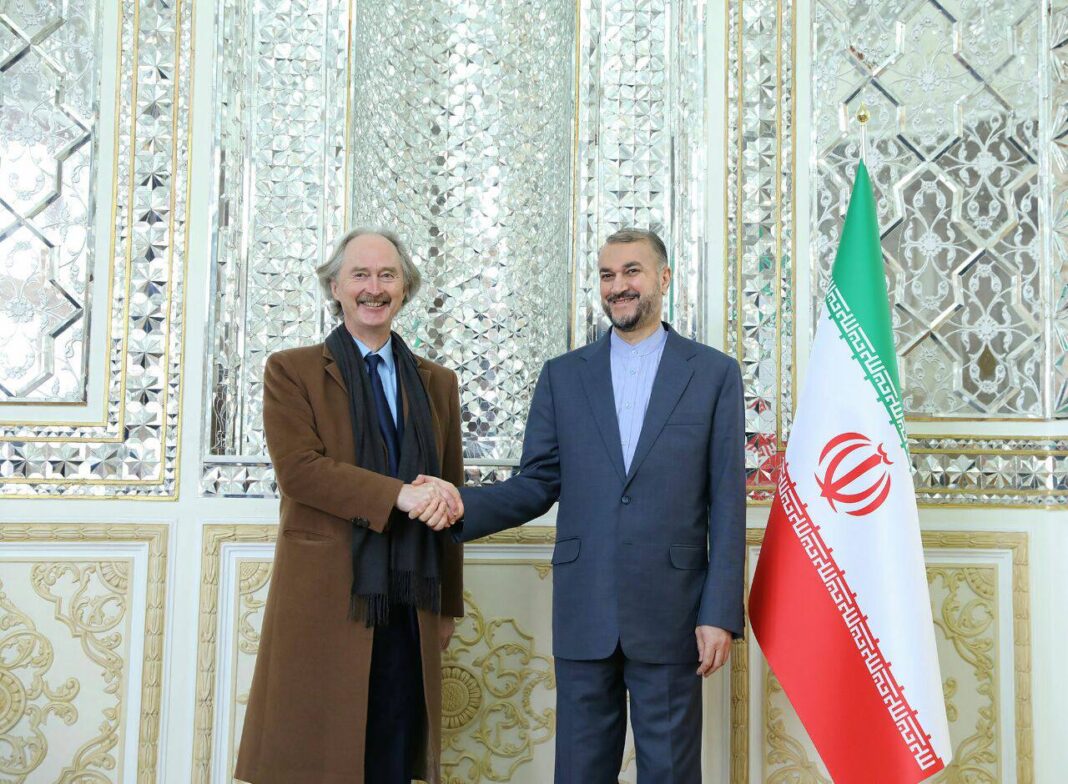 The United Nations’ special envoy for Syria says the developments in Syria have convinced involved parties that no regime change would be necessary in the Arab country.

Geir Pedersen, who is visiting Iran, made the comment during a Sunday meeting with Iranian Foreign Minister Hossein Amir Abdollahian.

Pedersen described the situation in Syria as stable, stressing that under the current circumstances no involved party is talking about regime change in the country.

He also underlined the significance of maintaining the national sovereignty, political calm and territorial integrity of Syria.

Syria has seen a period of calm, which allowed for holding of nationwide presidential elections in May 2021. The elections saw Syrian President Bashar al-Assad win another term in office, in a blow to western governments and their regional allies that had consistently called for removal of Assad from power, claiming that he did not represent the Syrian people.

Damascus, however, says it is open to constitutional reforms, demanded by a number of opposition groups in

During the meeting with the UN envoy, the Iranian foreign minister reiterated that Tehran is ready to help fully restore peace and stability to Syria.

Amir Abdollahian reiterated the Islamic Republic of Iran’s viewpoint concerning a political solution for the crisis in Syria, stressing that the United Nations is part of the political resolution in the country.

Amir Abdollahian also said the illegal presence of American forces in Syria and also the Israeli attacks against the country disrupt the political process there, and underlined the need for the international community and the United Nations to pay attention to this issue.