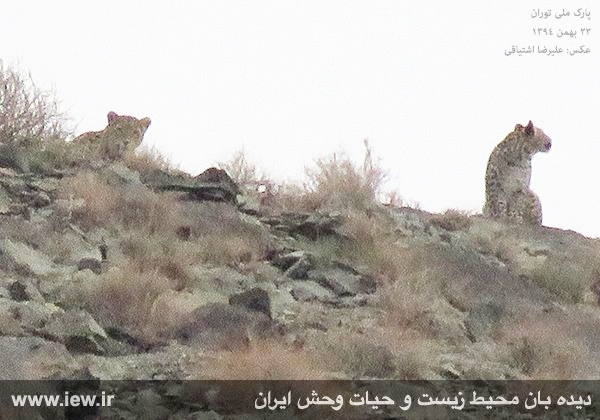 The pictures of two Persian leopards were recorded by camera in this western province, a local official said on Sunday.

It is listed as Endangered on the IUCN Red List; the population is estimated at fewer than 871–1,290 mature individuals and considered declining.

A phylogenetic analysis suggests that the Persian leopard matrilineally belongs to a monophyletic group that diverged from a group of Asian leopards in the second half of the Pleistocene.