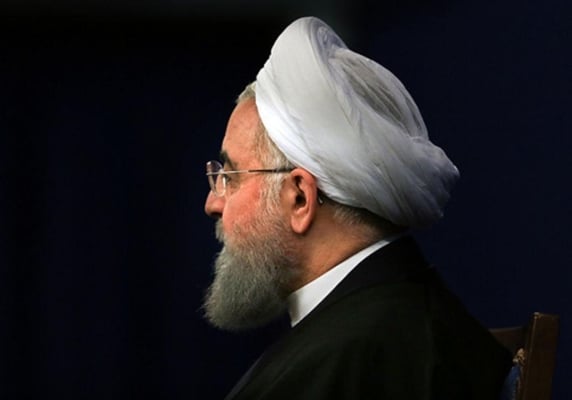 With discontent among Iranians over economic hardships on the rise and protests breaking out against the government over a plunge in people’s purchasing power, the performance of the Cabinet has come to the spotlight.

A dramatic decline in the value of rial has soared the prices of imported consumer goods and depressed some markets in recent weeks.

A crowd of businesspeople in Tehran Bazaar shut down their businesses last week in protest against the price hike.

The chaos led 187 parliamentarians to send an open letter to President Hassan Rouhani on Wednesday, blaming the problems on his government’s weak performance and calling for immediate reshuffle of his economic Cabinet.

The lawmakers urged the president to shore up the economic team of his Cabinet to restore people’s trust in the government, amid complicated plots of this country’s adversaries.

“Ineffectiveness of the government’s economic team has seriously contributed [to successful implementation of these plots],” the statement said.

Iranian officials have described the exchange rate problems as part of an economic war launched by the US, which has hardened its line against Tehran and is openly talking about the need for a regime change in Iran.

The US pulled out of the 2015 nuclear deal early March, threatening to impose the “highest level” of economic bans on the Islamic Republic that would ultimately destroy its economy.

Some figures critical of the government’s performance have even called on Rouhani to resign.

Growing calls for resignation prompted the centrist cleric to make an intervention, saying in a Wednesday address to a gathering of senior government officials that “those who think the government will withdraw” are damn wrong.

Meanwhile, the ultra-conservative Kayhan newspaper, which is known for harshly attacking Rouhani’s government, suggested on Monday that resignation is not a good option, and that all conservatives must help the government implement its plans.

Parliamentarians’ call for reorganizing the Cabinet has sparked mostly positive reactions from figures affiliated with both political camps, although not all of them believe reshuffling the Cabinet alone could solve economic problems.

Es’haq Jahangiri, the reformist-leaning first vice-president, told Sazandegy daily in a talk published Saturday that he believes the Cabinet is really in need of fresh blood.

“I’m of the opinion that injecting fresh blood could boost the government’s morale and unleash its potential,” he said.

The official said he believes the president will make changes to the government, as public opinion is in favour of that.

“This does not mean those who will be replaced are weak. Sometimes, changes in policies and conditions necessitate such a replacement,” he said.

Mostafa Hashemitaba, the 72-year-old reformist politician who ran for president last year, said such changes could improve performance of some ministries, but they cannot solve economic hardships Iranians are facing.

The politician said he does not believe Cabinet members alone are to blame for economic hardships facing the country.

“Sometimes, there are clear weaknesses in performance of some ministries. In these cases, such changes could be of help. But I really doubt if these changes could eliminate economic problems,” he told ILNA on Saturday.

He said what the government needs the most are solutions to economic conundrums, not such changes.

“We have no solutions to economic problems. The country’s issues have not been correctly defined. Neither economists nor parliamentarians have come up with a solution,” he said.

Seddiqi said government officials’ negligence has caused them to miss chances to tackle economic problems, but people cannot afford to tolerate their failure any further.

“There is a need for Cabinet reshuffle. We are short of time and this should happen as soon as possible,” IRNA quoted him as saying.

Call A Spade A Spade

Behrouz Nemati, the spokesman for the parliament’s presiding board, said the economic Cabinet appears to be highly uncoordinated.

“The government’s economic team needs to be more coordinated. As a lawmaker, I don’t know who the head of the economic Cabinet is. Is that Vice President for Economic Affairs [Mohammad Nahavandian]? Is that Mr Jahangiri? Or is that central bank governor Seif?” he told Asr-e Iran news website.

“Let’s call a spade a spade. The government’s economic team needs to be reformed,” he said.