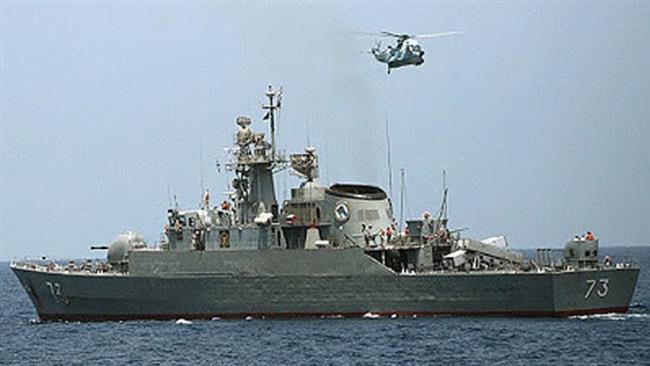 Two Iranian warships are scheduled to set sail for Oman and the high seas to carry out a mission, Iran's Navy says.

The 47th flotilla of Iranian warships, comprised of Alborz destroyer and Bushehr logistic vessel, is to embark on the voyage on Sunday.

It will leave southern Iranian port city of Bandar Abbas for Oman and then for the Indian Ocean and the Gulf of Aden.

Iran’s 46th naval fleet, comprised of Sabalan destroyer and Lavan logistic warship, left Bandar Abbas for the Gulf of Aden on April 17 through a ceremony attended by Iran’s Navy Commander Rear Admiral Habibollah Sayyari. It is set to return to the country later on Sunday after managing to successfully conduct its mission.

In line with international efforts against piracy, the Iranian Navy has been conducting patrols in the Gulf of Aden since November 2008, safeguarding merchant containers and oil tankers owned or leased by Iran or other countries.