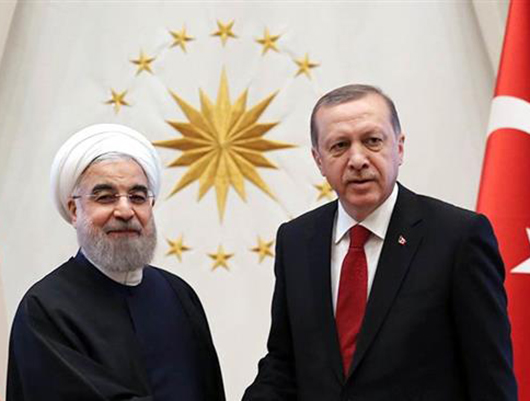 Iran’s Foreign Ministry spokesman announced that Turkish President Recep Tayyip Erdogan will pay an official visit to Iran as Tehran and Ankara have ramped up interaction and political talks recently for restoring regional stability despite their differences on Syria.

Turkey is an age-old and major neighbour that Iran needs to work with, because the significance of neighbourliness would not diminish over time, Bahram Qassemi said at a press conference in Tehran on Monday, as reported by Tasnim.

He said Tehran and Ankara have some difference on the crisis in Syria, but have increased interaction and talks recently to help stability return to the region.

Qassemi added that the two neighbours have also intensified cooperation since a futile July coup in Turkey.

He said Turkish President Erdogan is to pay a visit to Iran, but did not specify any date for the trip.

Iran and Turkey share stances on some issues and have disagreements on some other ones, but that would not prevent mutual interaction, he stressed.

“We do not dictate our stances on anybody and would not allow anybody to dictate theirs on us either,” Qassemi said of Iran and Turkey’s views on Syria.

As regards Russia’s views on the issue of Syria’s Kurds, the spokesman said Moscow’s attitude toward Kurds may differ from that of Tehran and Ankara, because Russia is not a neighbour in the region, adding that the issue of Kurds could be used as leverage.

In the meetings, Zarif and Turkish officials discussed different aspects of bilateral relations as well as the regional and international developments.

It was the first visit to the neighbouring country by a senior Iranian official since the failed coup attempt in Turkey on July 15.

Iran was among the very first countries to condemn the coup attempt.

A few weeks ago, Turkish ambassador to Tehran hailed Iran’s stance against the coup, saying no other government acted like Iran in the process of the putsch.