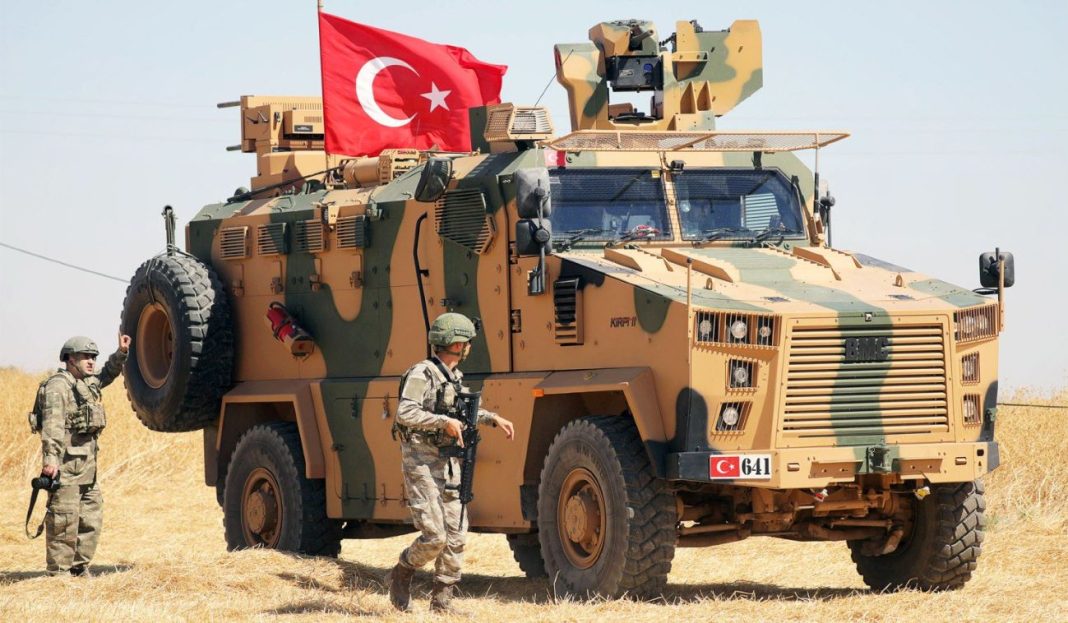 The withdrawal of Turkish forces from Syria requires steps in the political process, Turkey’s Foreign Minister Mevlut Cavusoglu has stated.

“Steps must be taken in the political process for our troops to leave. If there are voids, terrorist organizations should not fill them,” Cavusoglu stated.

The three countries’ defense ministers – Hulusi Akar, Ali Mahmoud Abbas and Sergey Shoigu – met in Moscow on Wednesday for the first meeting of its kind since the outbreak of the Syrian conflict in 2011.

According to the daily’s source in Damascus, the negotiations resulted in “Turkey’s consent to completely withdraw its troops from the Syrian territories that it occupies in the north of the country.”

Ankara has proposed to hold a meeting of Turkish and Syrian foreign ministers in the second half of January, possibly in a third country, Cavusoglu noted.

“We said let’s do it in the second half of January. The meeting could take place in a third country,” Cavusoglu said answering the question about the possible foreign ministers meeting, as quoted by a local broadcaster.

The top diplomat also added he plans to discuss the possibility of a top-level meeting with his Syrian counterpart at an upcoming meeting.

“First we met on a technical level, then on a military level, and now on a political level. We will work on whether it will be at a higher level in the future or not,” the foreign minister continued.