A secret letter signed by the Saudi king shows the Arab country plans to spend as much as $68 million to welcome US President Donald Trump in his first foreign trip.

According to a leaked ‘secret and urgent’ letter by Saudi King Salman to the country’s finance minister indicates that Riyadh has allocated 257 million rials [nearly $68 million] to the preparations for hosting US President Trump.

According to a Farsi report by Fars News, based on a picture of the secret letter, which has gone viral in the Arab social media, King Salman has ordered the finance minister to prepare the grounds for welcoming Trump, who is going to visit the kingdom in the coming weeks.

A copy of the secret letter has also been sent to the cabinet, the defence ministry, and the ministry of urban and village affairs. 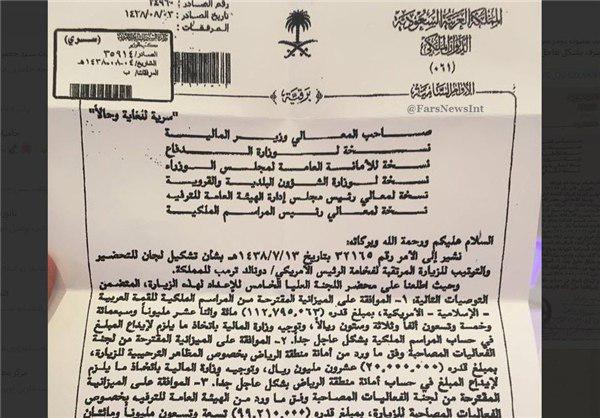