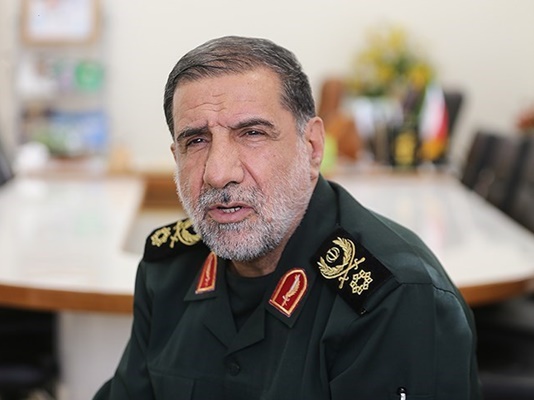 A senior Iranian commander says the US president is not in a position to make decision for the Islamic Revolution Guards Corps, and the IRGC is not going to decrease its activities given Trump’s new strategy.

“Definitely, it is not that somebody who is sitting on the other side of the world and who likes others to call him a lunatic, which we believe he is, come forward and make decisions about the IRGC,” said Brigadier General Mohammad Esmaeil Kowsari, the commander of IRGC forces in Tehran, in reaction to Trump’s recent anti-Iran allegations.

According to a Farsi report by Alef news website, the top general noted the IRGC is an official institution with 40 years of experience in the Islamic Republic of Iran’s establishment.

“The IRGC’s background is crystal clear. Moreover, Iran’s law has specified the framework of the IRGC’s activities based on which the Corps does its work,” said the general.

He said two of the IRGC’s main duties are to “safeguard the achievements of the Islamic Revolution” and “help the oppressed people of the world in accordance with the policies adopted inside the country.”

“The US president’s remarks last night about the IRGC and also the IRGC being put on the terror list based on Executive Order 13224 by the US Treasury will, by no means, decrease the IRGC’s activities,” he said.

“We should press ahead with our work with unity, so that the enemies won’t feel they can create rifts among revolutionary institutions and can cash in on those divisions,” said General Kowsari.