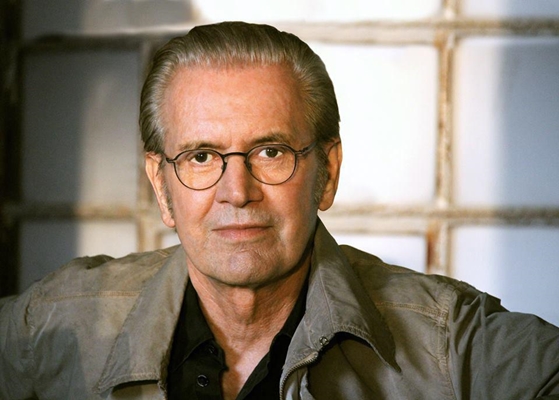 A senior German analyst has warned about the dangerous co sequences of the US President's policy towards Iran.

Former German politician and journalist Jürgen Todenhöfer in an interview with Austrian daily, Kurier, has talked about the Middle East tensions and the role Germany can play.

He believes Trump‘s policy towards Iran is very dangerous. Iran is a gracious country, and its people are supporting the leadership. They do not want to be maltreated by the Americans, he noted.

He said the policy of the West in the Middle East has never been to protect freedom and human rights.

“We have a constitution in Germany that tells us exactly when we are allowed to wage wars. And that’s why we did not participate in the 2003 war on Iraq. That was an act of aggression and that is prohibited under German law.”

“However, it is said that in Afghanistan the freedom of Germany is being defended and we fight for freedom, democracy, and human rights – but that is not true. In Afghanistan, it was never revealed that the war was launched for the geostrategic interests of the Americans. From Afghanistan, the US could control China and dominate the entire East. Instead we said we want to help Afghan schoolgirls so that they can go back to school. If you ask a western politician today, what happened to the Afghan schoolgirls, they do not know what to say because they are not interested in this issue. That was peer hypocrisy.

Elsewhere in his remarks, Todenhöfer said he has been involved in most the wars waged by Washington warning that right now “there is a great danger in US aggressive foreign policy.”

“We talked for a long time about who is standing in the way of a peace plan. In a letter to Merkel Assad emphasised that he cannot step down and announced he wants peace. I assume that Merkel’s security advisor talked to Obama’s security advisor at that time. The Americans, however, prevented any peace process in Syria. The West’s goal is to exert influence there through supporting militants, and unfortunately the terrorist groups. There is also a recorded statement by the former US Secretary of State John Kerry that the US deliberately made the ISIS strong to weaken Assad.”

In response to a question regarding Donald Trump’s claim that the ISIS is beaten, he strongly rejected the US President’s claim.

“ISIS is an ideology and ideologies cannot be shot. This horrific ISIS ideology, like all terrorist ideologies, was created by actual injustices. You must defeat a terrorist group with rigor, wisdom, and justice. There were 15,000 ISIS members in Syria and Iraq, of which 3,000 have been killed and the rest are disappeared and can reappear under a different name.”

In another part of the interview, he spoke about Iran and the US claim that Tehran supports the terrorists stressing that the Americans now call every opponent “terrorists”.

“Hezbollah is a group that actually has not attacked other countries. If you accuse every opponent of terrorism, you cannot hold talks with anyone.”

“I cannot tell you how many wars started after 9/11. A large part of the governments we are complaining about now, have been set up by the West. The politicians and kings, who have lost their prestige in the West, get money from America.”

Jürgen Todenhöfer (born 12 November 1940) is a German author, journalist, politician, and executive. He became a member of the Christian Democratic Union of Germany (CDU) in 1970 and was a member of the Bundestag from 1972 to 1990. He also acted as party spokesman for development policy and arms control. He was vice chairman of the executive board of German media company Hubert Burda Media until 2008.

Since young age, Todenhöfer was traveling in war zones. Todenhöfer is one of the most prominent German critics of the US-led wars against Afghanistan and against Iraq in 2001 and 2003, respectively. He believes that during the war in Iraq the Bush administration was deceiving the public and that the US war in Iraq has killed several hundred thousand Iraqi civilians.

In 2016, Todenhöfer filmed an interview with an alleged Syrian militant commander near Aleppo. The commander, said to be with the al-Qaeda affiliated group the Al-Nusra Front and said to have US support adding that his group opposed humanitarian aid to civilians.