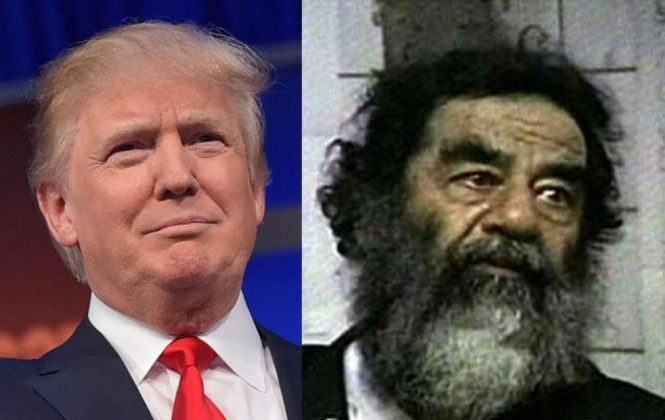 President Rouhani on Wednesday referred to Saddam Hussein and Trump as the two lunatics in history who imposed wars on Iran.

“Saddam Hussein imposed a military war on us, and Trump imposed an economic war on our people. We won the military war by joining hands, sticking together, remaining united and having one voice, and, thank God, we defeated Iraq,” President Rouhani said.

“The day when that lunatic (Saddam Hussein) was hanged was when people saw their final victory in history. Trump’s destiny will not be better than Saddam Hussein’s. We saw how our people, through resistance, defeated those who were proudly seeking to bring our people to their knees,” he said.

He further noted that Iranian people are feeling the pressure of sanctions in their day-to-day lives.
“The government is trying its best to cushion the effects of the economic war on the one hand, and to have cruel sanctions lifted on the other,” he said.

“The sanctions are putting pressure on our people, who are feeling the pinch every day and even every hour. Every day, people wake up to feel the pinch,” the president noted.

President Rouhani further blamed certain elements in the US for the imposition of sanctions.

“The day we manage to break these sanctions, it means we have defeated Zionism, reactionary entities and radicals. The reason is that sanctions are the handiwork of Zionism as well as reactionary and radical elements in the United States. And we must defeat them,” he said.

“The sooner we get the better of Zionists, the happier we will be,” he noted.

President Rouhani lambasted those who talk of delaying attempts to have sanctions lifted.

“Sanctions have put pressure on people and affected their lives. Those urging the government not to rush to get sanctions lifted must be well-off [and not feeling the pinch],” he argued.