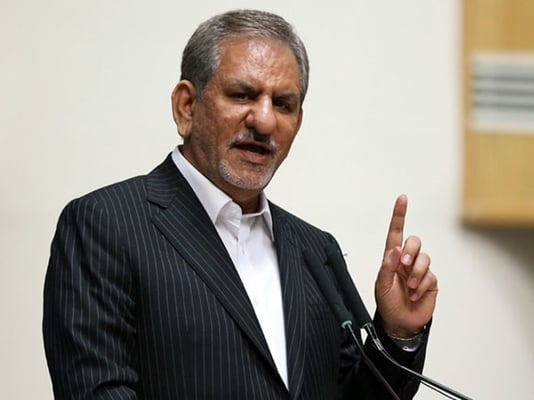 Jahangiri underlined that the oil sector is one of the domains where Washington is planning to impose sanctions on the Islamic Republic of Iran.

“The Americans have targeted several areas, the first of which is [the] oil [sector],” said the vice president.

“They brazenly announced that they will bring Iran’s petroleum sales to zero by November, and they are begging Saudi Arabia to replace Iran; but anyone who is familiar with the international climate knows that increasing output by two million barrels is a joke and not possible,” Jahangiri noted.

He further said any country that wants to replace Iran on the oil market has betrayed the Iranian nation and will pay for it.

“We will keep selling oil to friendly countries,” he said.

“We have held talks with friendly states and have opened up channels to sell petroleum. Iran’s crude oil will be offered on the local bourse as well,” he said.

He said a current made up of Israel, the US and Saudi Arabia wants to put the brakes on Iran’s economic progress and to disrupt the relationship between the Iranian government and the private sector.

Jahangiri noted that Tehran plans to bring Washington to failure as far as Iran’s oil sales are concerned.