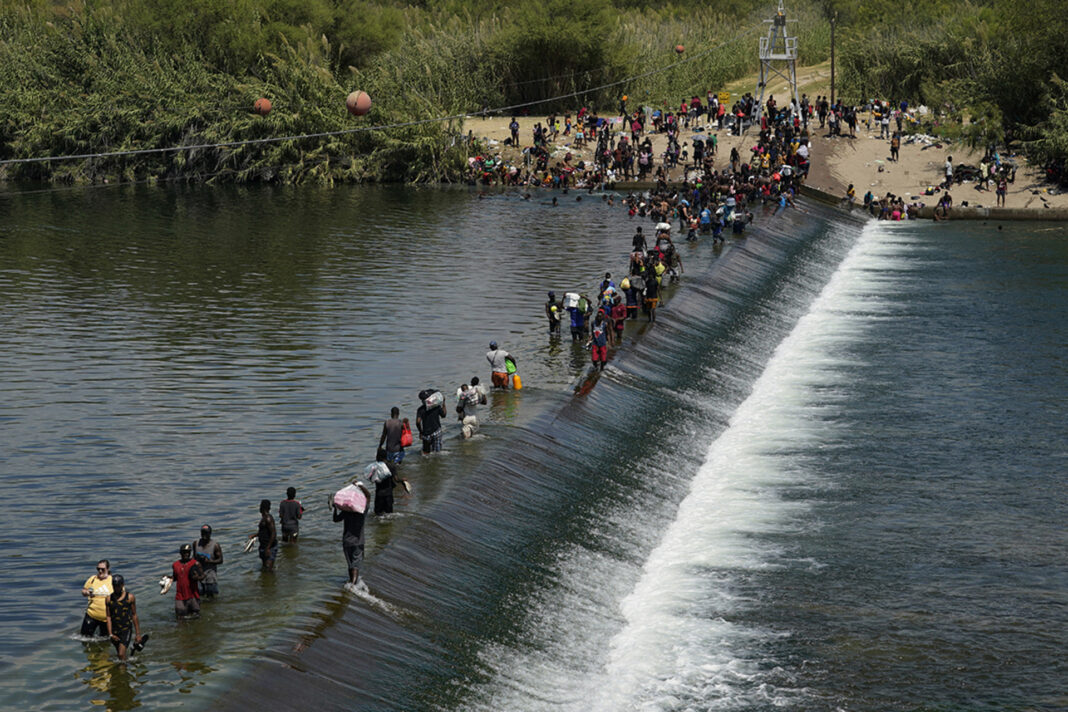 Former US President Donald Trump said the United States is becoming a “cesspool of humanity” as the administration of Joe Biden scrambles to handle thousands of migrants.

The largest number of illegal aliens in the history of our Country are pouring in by the millions. They are totally unchecked and unvetted, can do whatever they want, and go wherever they want ,” Trump stated in an emailed statement on Sunday.

“Our Country is rapidly becoming a cesspool of humanity. Murderers, drug dealers, and criminals of all shapes and sizes are a big part of this massive migration ,” the former president added.

At least 14,000 Haitians have been camping out in squalid conditions under a bridge in Del Rio, Texas, since last week waiting to be arrested, leading the Biden administration to close an entry point, reroute traffic, deploy more Border Patrol agents and arrange flights to return them to the Caribbean nation.

Tens of thousands of people are coming from Haiti, and many now from countries in Africa, even more so now than South America. Nothing is done and the corrupt Mainstream Media is giving almost no attention to what will be perhaps the greatest Crisis in the history of our Country ,” Trump continued.

He noted that it’s not only a crisis at the border, it’s a “Crisis Crisis”.

Ariel Henry, Haiti’s prime minister, posted on Twitter that he is worried about the “extremely difficult” conditions at the border camp and said Haitians would be welcomed back.

“We want to reassure them that measures have already been taken to give them a better welcome upon their return to the country and that they will not be left behind,” he  added.

Haiti is  recovering from a devastating earthquake last month and the government is in turmoil following the assassination of President Jovenel Moise in his home the month before.

The arrival of the Haitians in Del Rio is only adding fuel to criticism surrounding Biden’s handling of immigration at the southern border.

Upon taking office in January, Biden began rolling back or dumping many of Trump’s immigration policies that led many immigrants in Mexico and Central American countries to believe they would be welcome in the US.

Last month, there were more than 200,000 encounters with illegal immigrants — the second straight month the number exceeded 200,000.

The August figures show a 317 percent increase from a year ago.

A projection released Friday reported an estimated 1.85 million illegal border apprehensions for 2021, breaking the previous record of 1.643 million in 2000.

Over 10,000 migrants are currently waiting to cross  border, with some reportedly seen walking back and forth across a river to Mexico as they picked up food and supplies from restaurants.