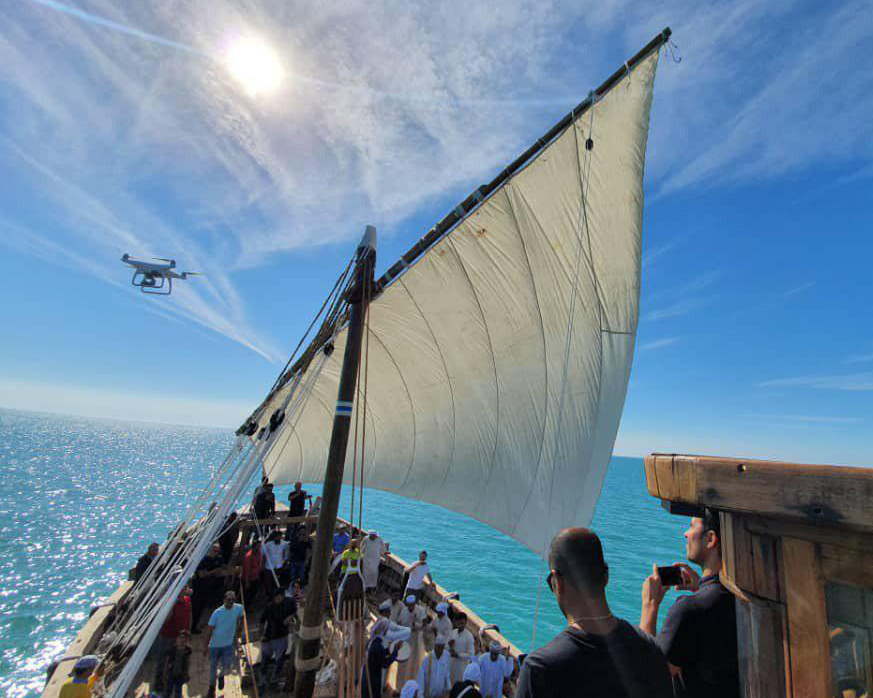 The Kong port in the southern Iranian Hormozgan province has witnessed the revival of traditional seafaring.

On Saturday, December 28, 2019, seafarers managed to launch a wind-powered boat.

Seafaring with sail boats in Iran dates back three thousand years, according to the Iranian Ports and Shipping Organization. However, the practice has begun to slip into oblivion over the past 50 years as wind-powered launches have lost their popularity.

Ali Parsa, the author of the book “The Sails of the South,” drew on the cooperation and experience of the local community to revive seafaring through sail boats as part of the country’s intangible heritage.

Also present at the launching ceremony was Captain Abdorrahman Babo, the last generation of traditional seafarers.

Locals were also happy to see a wind-powered launch was made seaworthy. They also performed traditional Iranian seafaring rituals as the vessel was launched at the Persian Gulf.