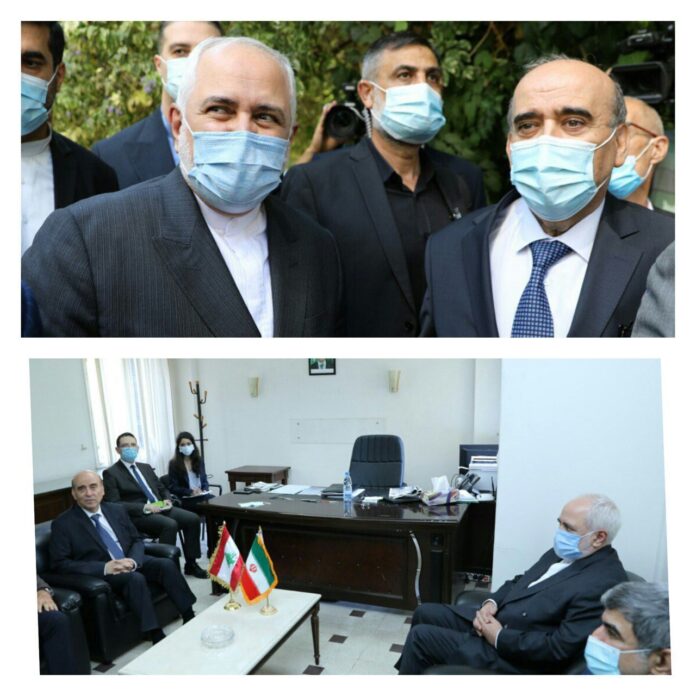 Minister of Foreign Affairs of the Islamic Republic of Iran Mohammad Javad Zarif and his Lebanese counterpart have discussed a range of issues at a meeting in Beirut on Friday.

Foreign Minister Zarif, who has travelled to Lebanon to express solidarity and sympathy with the people and government of Lebanon, held a meeting on Friday with Charbel Wehbe, minister of Foreign Affairs of the Lebanese government with a caretaker capacity.

In the meeting, held at the Foreign Ministry of Lebanon, Zarif offered condolences and sympathy with the families of victims of the tragic blast in Beirut’s port, wished recovery for the injured, and expressed Iran’s readiness to help reconstruct the damages caused by the explosion at Beirut’s port in various fields, particularly in the sphere of supplying power, construction, and providing medicine and treatment considering the capabilities of Iran.

Zarif further denounced the Thursday’s agreement between Abu Dhabi and the Zionist regime as painful and a stab in the back of Lebanon and other regional countries.

For his part, Charbel Wehbe praised the Islamic Republic of Iran for expressing solidarity and sympathy with the Lebanese people and government immediately after the blast in Beirut, and talked about Lebanon’s urgent needs in the current circumstances.