Tony Cragg Gifts Iran with His “Roots and Stones” Sculpture 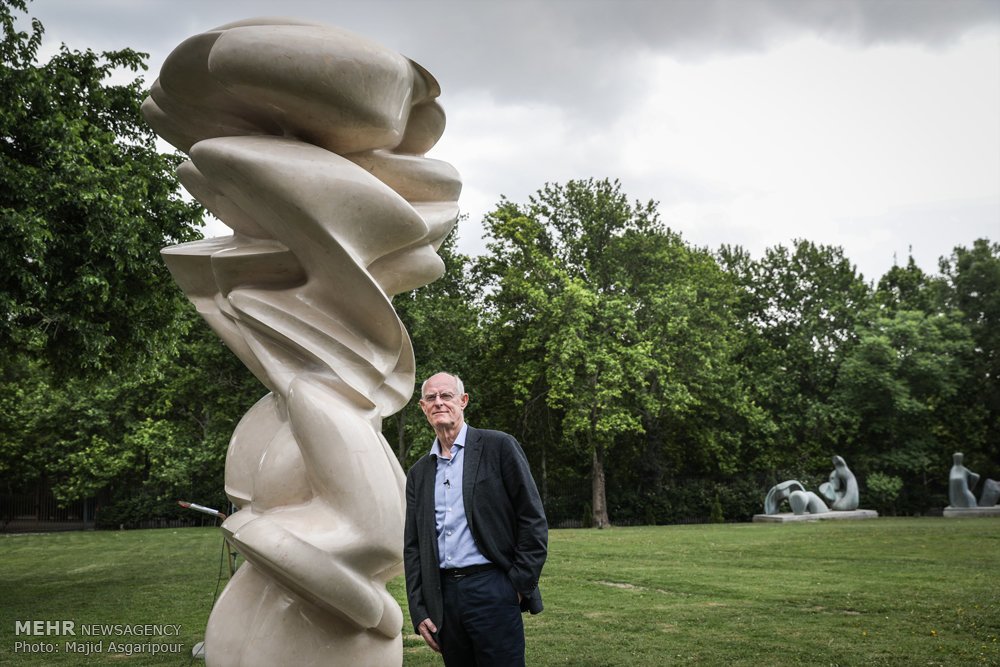 The Tehran Museum of Contemporary Art (TMoCA) has unveiled a new sculpture titled ‘Roots and Stones’ gifted to the museum by the British-German artist Tony Cragg.

The sculpture has been erected in the TMoCA’s Art Garden in central Tehran.

In an address to the recent unveiling ceremony, Majid Molla-Nowruzi, the director of Iran’s Visual Arts Department, described the unveiling of “Roots and Stones” as a milestone in the history of the Museum, the Persian-language Iranian Students’ News Agency (ISNA) reported.

“Over the past four years, the museum has established strong interactions with artists from around the world and held several exhibitions showcasing their art pieces in Tehran,” he noted.

Molla-Nowruzi referred to the exhibition of Cragg’s pieces in Tehran last year and said he first visited Tony Cragg’s workshop three years ago in Dusseldorf.

“At that time, given our financial problems, I couldn’t even imagine that one day we coul hold his exhibition in Tehran. But we managed to realise this goal through the hard works of our staff and close cooperation of the British-German artist.”

Elsewhere in his address, he said such exhibitions could pave the way for effective cultural diplomacy which in turn can promote the Iranian culture and art amid the current chaotic situation of the Middle East region.

During the ceremony, Tonny Cragg took the podium and said the exhibition of his pieces in Tehran is highly significant for him.

“I enjoyed the atmosphere of the exhibition. I was deeply moved during the first day of the exhibition by the overwhelming presence of the visitors. It was too crowded to watch the pieces easily,” he noted.

Cragg referred to his first visit to Iran two years ago and added as a professor he used to have some Iranian students.

“But during my first visit to Iran, I was deeply impressed by the Iranian culture and decided to establish a dialogue with it,” he noted.

He described himself as an introvert person and called the exhibition a good chance to exchange views and make friendship between the cultures. “Though I’m not a cultural diplomat, I think we can establish peace, friendship and reach mutual understanding by exchanging views.”

He finally concluded that he donated the “Roots and Stones” to the Tehran Museum of Contemporary Art as a sign of friendship and understanding.