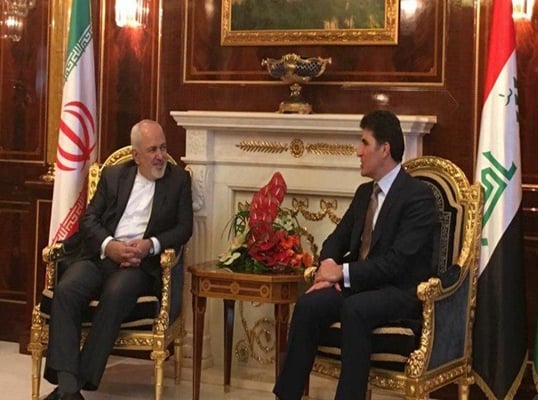 Iraqi Kurdistan’s Prime Minister Nechirvan Barzani says the ties between the Iraqi Kurdistan’s region and the Islamic Republic of Iran are very important adding that broadening cooperation in various sectors, including economic and commercial ones is part of the KRG’s policy.

He made the comments during a meeting with Iranian Foreign Minister Mohammad Javad Zarif who has traveled the Kurdistan region after finishing his visit to Baghdad. 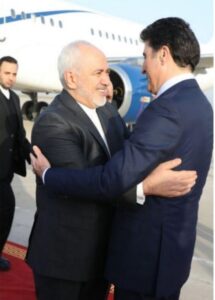 Referring to Iran’s support for Iraqi Kurdistan region during the invasion of ISIS terrorists, Barzani said “the Kurdistan’s people would never forget such supports.”

In turn, the Iranian foreign minister described Iran’s relations with Iraq and Kurdistan’s region long-standing, excellent and constructive saying their economic and commercial cooperation is developing.

The two sides also exchanged views on the regional issues stressing the importance of full restoration of peace, stability and security.