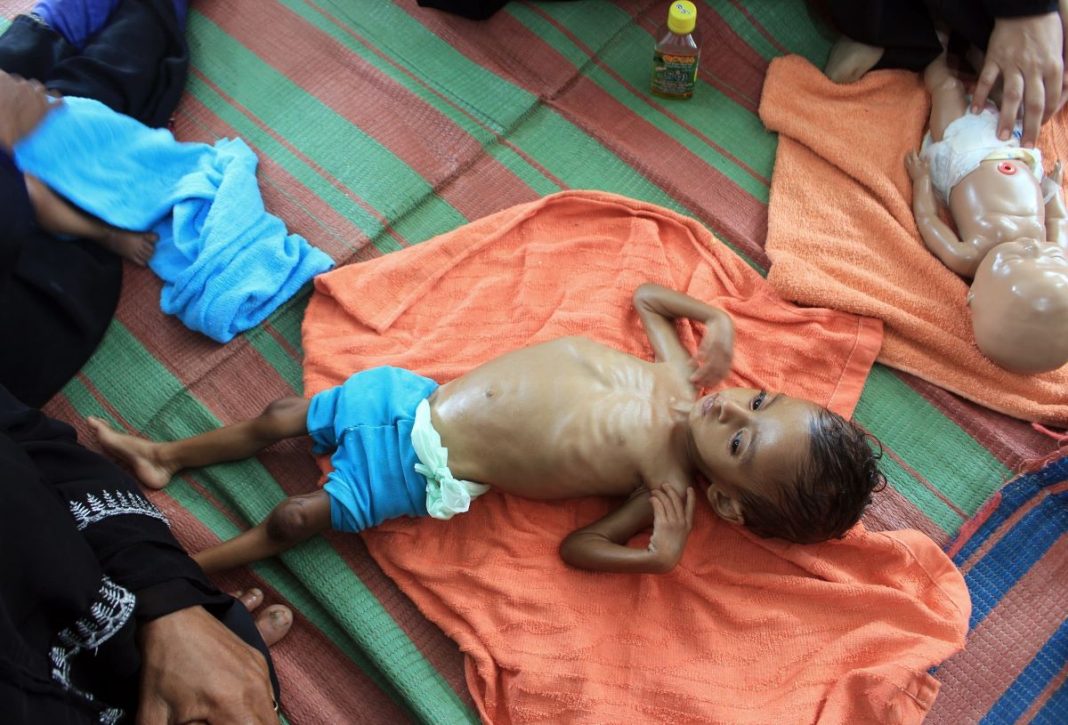 Yemen's Ministry of Public Health and Population has recounted the drastically fatal effects that Saudi-led blockade of the country is having on the lives of people, particularly in the health sector. It announced the siege has caused acute malnutrition among more than 632,000 children under the age of five.

Regarding the repercussions of the siege on the health situation in Yemen, the health ministry confirmed that the blockade has raised acute malnutrition rates to more than 632,000 children under the age of five and 1.5 million pregnant and lactating women.

The US-Saudi aggression has killed 15,483 citizens and injured 31,598 others, the ministry said during a press conference, adding that 25 percent of the victims were children and women.

It noted that the limited opening of the Sana’a international airport and Hudaydah port under the UN-sponsored truce has failed to meet the minimum needs of the health sector and patients.

The ministry pointed to the eight years of Saudi-led continued siege on Yemen and said 40,320 pregnant women and 103,680 children have died during this period.

“The siege and intense bombardment with prohibited weapons caused a high rate of congenital abnormalities and miscarriages, with an average of 350,000 miscarriages and 12,000 malformations,” it emphasized.

According to the ministry, the siege led to an eight percent increase in premature births compared to the situation before the aggression.

The blockade has also increased the number of cancer patients by 50 percent which reached 46,204 cases registered during the year 2021.

The ministry added that the Saudi-led aggression destroyed 162 health facilities completely or 375 partially and put them out of work.

The Saudi aggressor coalition’s direct bombings have killed 66 medical personnel and destroyed 70 ambulances, the ministry said, adding that the aggression continues to prevent the payment of the salaries of health sector cadres and employees.

While the Saudi-led aggression prevented the entry of vital medical equipment, international companies have also refrained from supplying medicines to Yemen as a result of the blockade, it noted.

The ministry emphasized that lifting the siege on Yemen and a complete end to the Saudi-led aggression are the “first and correct step to address the humanitarian crisis” in the war-ravaged country.