The US is the main loser in nuclear talks, says an expert 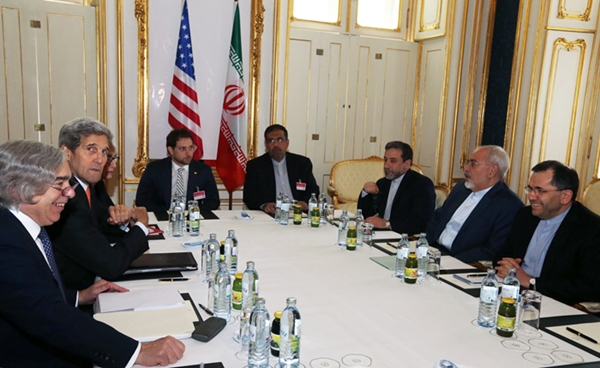 Iranians from all walks of life follow news on nuclear talks because of the sensitivity of the talks between Iran and P5+1and their effects on people’s life and future, says a media expert.

A “media expert” says that the entire nation has come to the conclusion that the Americans are not satisfied with anything less than poverty and destruction for the Iranians, adding even if Iran loosens all screws and bolts at its atomic sites, they won’t be content.

Mohammad Esmaili Dehaghi said that in an opinion piece published by Tasnim News Agency on June 27. The following is the translation of excerpts from the piece:

What is unfolding now:

A nation has embarked on the path of nuclear research and development to catch up with the world’s technological advances, and has reached a favorable point thanks to its domestic talents and despite obstructionist measures by foreigners and their failure to honor their promises.

The enemies of this nation have formed an alliance to create a wave of opposition – inside and outside the country – to a nuclear Iran by seeking excuses, branding its nuclear activities as unpeaceful and stirring up the world public opinion. And they have attained their intended results to some extent.

The Americans, who have lost their interests in the region, could somehow bring on board part of the Iranian people due in large part to relentless efforts over the past 37 years. There were some who thought Iran was mainly to blame for the friction between Tehran and the US.

The rise to power of a new government in Iran and appointment of Mr. Zarif as foreign minister marked the start of new rounds of nuclear talks, with the Iranian nuclear team adopting a flexible attitude and wearing charming smiles this time around. This caused those who had no faith in the depth of the West’s hostility toward Iran to assume that peace and calm would soon take hold and the wheels of factories and centrifuges would spin simultaneously.

The sensitivity of nuclear talks and the fact that they have been linked to the life and future of the Iranians have caused people from all walks of life to pay closer attention to the nuclear case and follow news on nuclear talks between Iran and P5+1.

The Supreme Leader’s approval of the nuclear negotiating team and his expression of distrust in the other side have given the Iranian team the opportunity to tap into its domestic potential to work out a solution to the case despite opposition at home.

As the talks proceeded, to the disbelief of the West-leaning stratum of Iranians who [hopefully] pursued news on nuclear talks, the more the Iranian team displayed flexibility and compassion, [the more] the other side talked about the options on the table, showing incompatibility. I believe members of this stratum who like Obama were the main asset of the Americans in Iran.

The other side went even further and described – on the record – the Iranian people as deceptive. [In October 2013, before negotiations began in Geneva between Iran and P5+1, US Under-Secretary for Political Affairs Wendy Sherman, who leads the US team in nuclear talks with Iran, said in a Senate committee hearing, “We know that deception is part of the DNA in Iran.”]

Now we have reached a valuable point; there is a kind of broad consensus and solidarity among the Iranians about the consequences of showing optimism about the colonial camp and the depth of its ill-natured attitude toward the Iranian people.

Now that the drafting of a final agreement is going through its final stages, one can dare to say that almost nothing has been left from that main asset [the supporters of normalization of ties with the US and European countries among the Iranian people].

The entire nation has concluded that nothing less than poverty and destruction of the Iranians will satisfy the Americans and they [the Americans] will not be content even if Iran loosens all screws and bolts in its nuclear facilities.