The Plight of Sports in Coronavirus Conditions 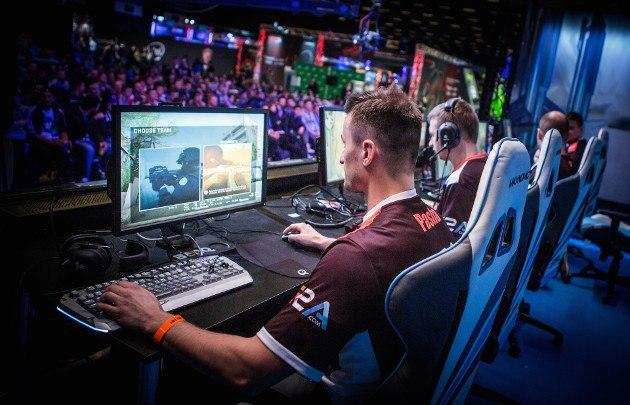 Today every inhabitant of the planet knows that the epidemiological situation with the coronavirus has led to the comatose state of the world sports, including esports (electronic sports).

In most kinds of sports, not only national championship gets cancelled but also continental ones and world leadership. At the moment the Olympic Games happening once in four years are also out on a limb.

Is it not surprising that the pandemic coronavirus has a considerable influence on esports which resulted in the cancellation of a great number of tournaments of the highest level. Some of them found it strange since esports competitions are competitions in computer games where all battles can be held remotely. In fact, offline competitions have the right to exist, but this practice takes serious financial hits for the organizers of the event and it is no good for sure. So esports started to duplicate the fate of the other kinds of sports.

A couple of months ago nobody could think that the coronavirus was able to shake out the slow-paced life of the whole humanity. Sports is an inherent part of the modern life. The first to give up was tennis, then it was football, and then it concerned esports.

After the CS:GO tournament held at the end of February in Katowice, Poland without audience, a great number of respected championship of various esports disciplines started to get cancelled.

At the moment it has been decided to postpone the Dota 2 major in Los Angeles. It is based on the emergency situation regime in California and another 25 states that is going to take place till 5 April. It is not the final decision as the it is possible to be prolonged.

As for Dota 2, Dota PIT Minor 2020 and EPICENTER Major 2020 have been cancelled. The former was supposed to take place in Croatia at the end of December while the latter was to happen in Moscow at the beginning of May.

Organizers of some tournament intend to keep the competitions but move them online even though there would be material losses. This way was used in League of Legends at the games of the LPL Spring 2020 league.

That was what happened to ESL Pro League Season 11 in CS:GO that was supposed to take place in Malta on 16 March-12 April. At the moment the organizers decided to move the group stage of the tournament online. Due to the entrance restrictions imposed by many countries, the organizers reconsidered the contestants making some changes.

So far, there has not appeared any trustworthy information about the CS:GO major that was planned to happen in Rio-de-Janeiro in the middle of May. Of course, there is a chance that the coronavirus epidemic will have declined by that moment. But it is too little today. So we will try to suppose that this major will also be cancelled or postponed.

Is rescheduling of tournaments profitable for organizers?

As it has already been mentioned, moving online is to cause serious financial losses for the organizers. Their intention is to get a considerable profit during such competitions. And it is based not only on selling tickets which brings ready cash. The organizers earn also with advertising, food and merch selling during the competition.

It means that holding event online leads to drop in income of the organizers which causes disappearance the desire to invest in esports.

Is International 2020 going to happen?

Today many esports fans and interested in the destiny of The International 2020 and the chance of it being held in Stockholm as planned.

This question mostly depends on how will the mankind be able to cope with the coronavirus pandemic. There are five months ahead and it is quite possible to beat the noxious virus during this period. If there are any problems, there is a chance of cancellation of the tournament or its happening online.

Meanwhile, the opinion about holding the final championship in China is spreading. Many people think that this is idea is seditious since there is the biggest number of the infected people. But the epidemic has declined there and soon the disease will be defeated there unlike Europe that is still suffering from the virus.

So, the organizers of the tournament should consider the issue thoroughly before making the final decision. We are still to wait and believe in the best.