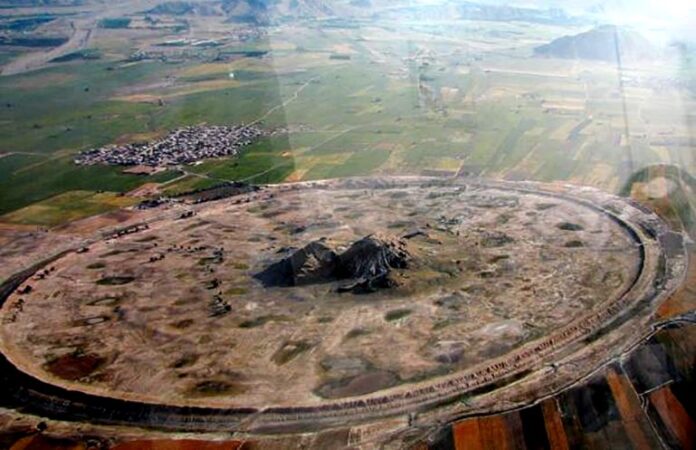 The salt dome of Darabgerd is now an unrivalled tourist attraction in Fars Province.

The historical town of Darabgerd, which is located six km to the south of Darab in Fars Province, was among a handful of towns in Pars Province during the Achemenid Empire.

Although Darabgerd, which means the land of Darius, was not the only town founded by Darius I, it might have been the first namesake circular structure built by the third king of the Achemenid Empire.

The salt dome of Darabgerd which is surrounded by a round wall and stands at the heart of the vast, green plain of Darab was at the center of the ancient town. Today, it is an unrivaled tourist attraction in Fars Province.

Around the historical town, there is a huge conical wall constructed of clay, stones and lime. The wall which was originally over 10 m in height is now about seven meters high because of erosion.

However, the sticky raw material used in the construction of the wall has minimized damage by erosion and helped it stand firmly for more than 2,000 years.

Images of the historical town posted online by hamshahrionline.ir: