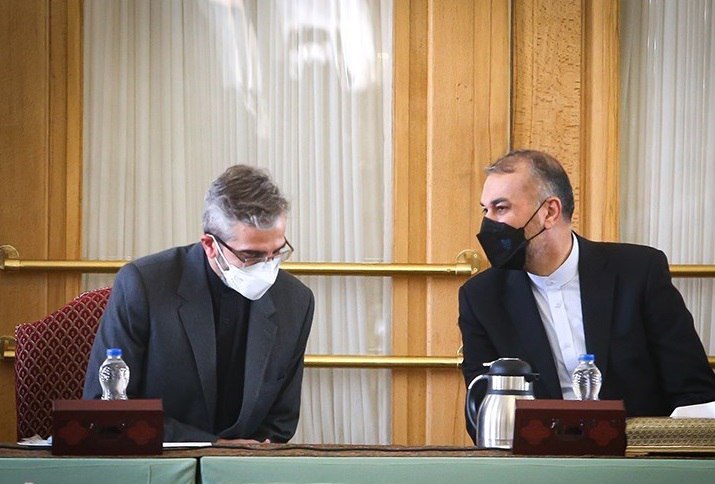 Iran’s foreign minister says his ministry will follow up on negotiations in the Austrian capital, Vienna, over Tehran’s nuclear work and the 2015 Iran nuclear deal known as the Joint Comprehensive Plan of Action (JCPOA).

In an interview with Iranian national TV, Hossein Amirabdollahian said Tehran is determined to pursue the talks.

“We have told other parties that we are serious and we are a man of our word,” he said, while noting that Iran will not tie its foreign policy and the country’s economy to the negotiations and the JCPOA.

“The government has an economic development plan which is moving fast forward,” he noted.

The foreign minister said there is consensus that talks should continue within the framework of the Vienna initiative, adding, “We want to continue the Vienna format.”

He said Iran is now finalizing the make-up of the negotiating team.

“The foreign ministry will pursue the talks, which will be held within the framework of the ministry’s Political Department,” the top diplomat added.

“We are serious in the talks and we will soon return to the negotiations,” he noted.

Amirabdollahian then touched upon the so-called “Plan B” put forward by the United States.

“There is a sort of threat within their comments because they are asking us when we will come to the negotiating table,” he said.

He then urged the US to release $10 billion worth of frozen Iranian oil revenues as a goodwill gesture to prompt Iran to return to the talks soon.