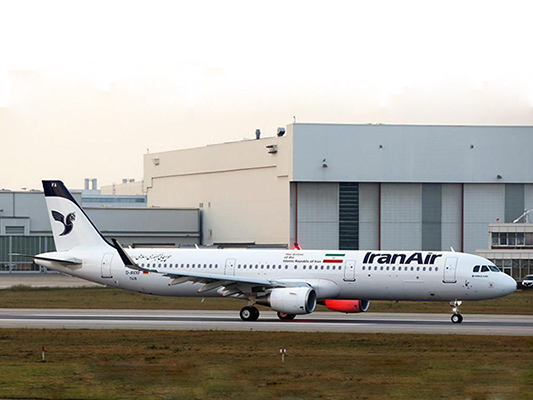 Maqsoud Asadi Samani, an official with the organisation, says there is a good relationship between the governments of Iran and Turkey, and Ankara has stated that it does not abide by US sanctions against Iran.

However, he said, a Turkish company which supplies Iranian planes with fuel has unfortunately stated in an e-mail, without providing any explanation, that it will not be able to deliver fuel to Iranian airline companies as of November.

Asadi Samani stressed that for sure this will create problems for Iranian airlines, and in the meantime it is not in the interest of the two countries’ ties.

“We expect the problem be resolved through the ongoing efforts. We certainly expect that, given the added value of the establishment of flights between the two countries, the problem that the Turkish fueling company has created will be resolved as soon as possible.”

Certainly, the decision of the Turkish company is against the agreements between Tehran and Ankara. The Islamic Republic hopes the Turkish government would solve this problem, he added.

According to the bilateral agreement between Iran and Turkey, there are 200 flights per day between the two countries of which 100 are carried out by Iranian companies and 100 by Turkish ones.

Fars News Agency quoted Samani as saying that the number slightly increases or decreases in some weeks with respect to the travel season, but 2.5 million Iranians travel to Turkey annually.

Earlier, some foreign media had reported that the refraining of the Turkish company is a result of US sanctions against Iran.

This comes as the US Secretary of State Mike Pompeo said on Friday that Washington has agreed to temporarily allow eight countries to continue buying Iranian oil after it reimposes crippling sanctions on Tehran on November 5. Turkey is one of these eight countries.

Reuters reported on Friday that some Iranian airliners were refused fuel in Turkey’s Istanbul airports and had to cancel at least one flight, while other carriers had to cut the number of passengers on board in order to fly on less fuel.

However, some informed sources in the airline industry believe that with the official launch of the new Istanbul airport in Turkey, most companies are preparing to move to this new and major airport within the next three months and leave the Ataturk airport.

Turkey’s Petrol Ofisi, a subsidiary of Vitol Investment Partnership Ltd., is also one of the companies that will prepare itself for this relocation. Sources say the company is providing services and fuel to an Iranian airline that has a high debt to it and has also received warnings in this regard. Therefore, this is not apparently related to US anti-Iran sanctions.