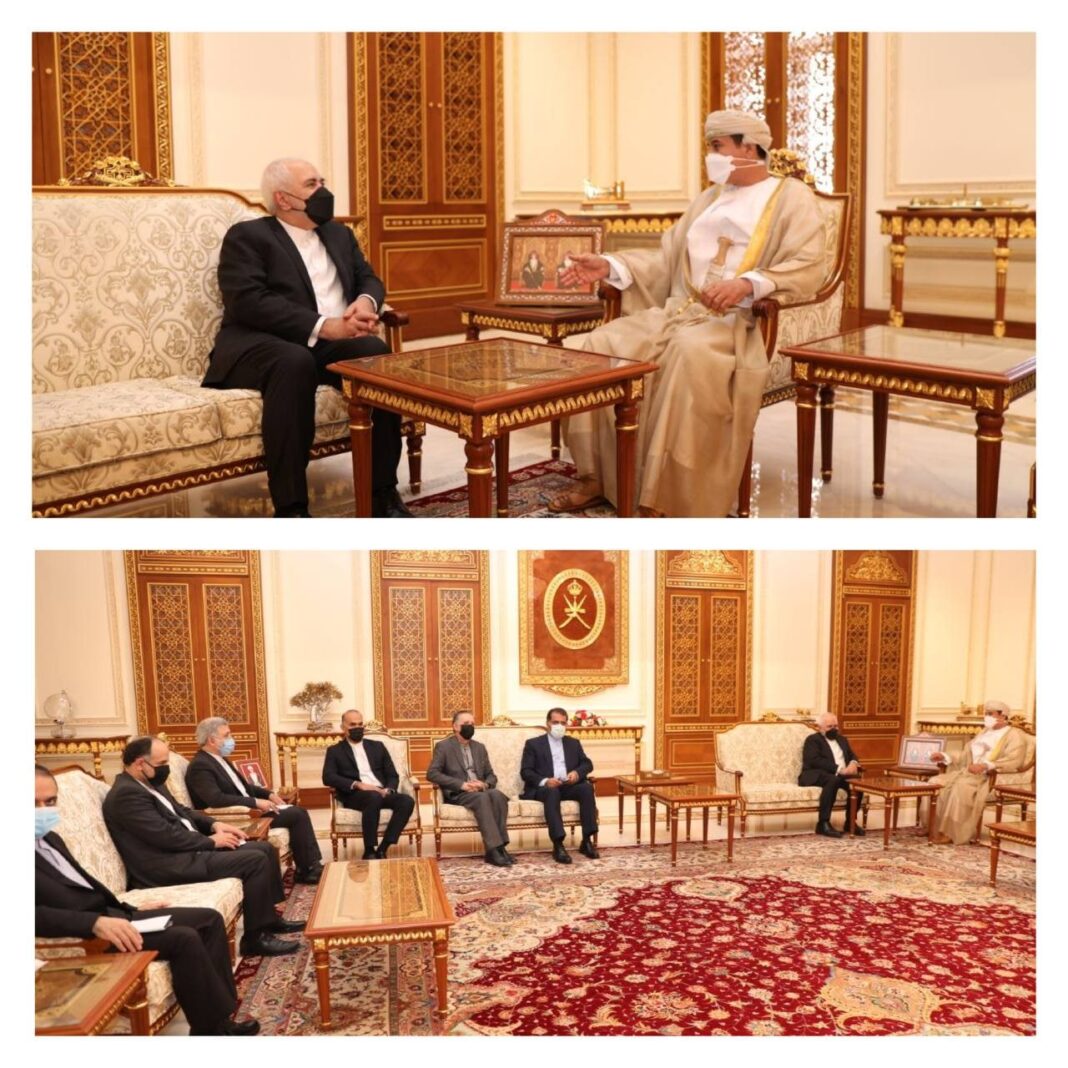 Iranian Foreign Minister Mohammad Javad Zarif has had a meeting with General Sultan bin Mohammed al Nu'amani, the Minister of the Royal Office in the Sultanate of Oman.

In the Thursday meeting, the Iranian foreign minister touched upon some areas where the two countries need to work harder within the framework of the viewpoints of both countries’ senior officials in order to achieve the desirable outcome.

Zarif said he was content with mutual cooperation in different political, economic and regional domains.

He also briefed the Omani side on the latest developments related to Iran’s negotiations with the P4+1 group as well as regional developments pertinent to the Islamic Republic of Iran.

The top Omani official, in turn, welcomed mutual visits to both countries by the two sides’ officials in order to learn about the viewpoints of the two capitals.

He described Tehran-Muscat relations in different areas as significant and called for the enhancement of mutual cooperation, especially on certain regional issues.

Among other topics discussed in the meeting were issues related to some Iranian inmates in Oman along with mutual economic, trade and financial issues as well as regional issues, particularly developments in Yemen.