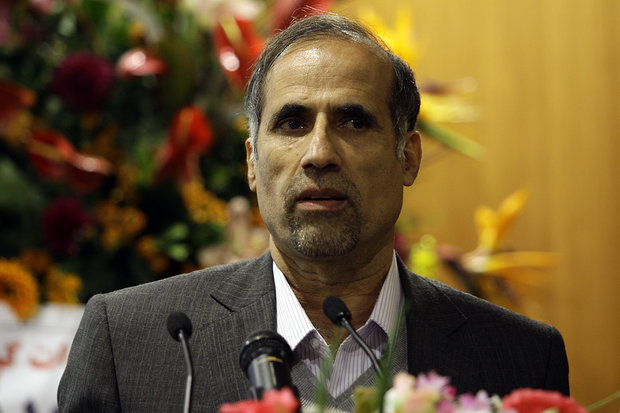 Deputy Industry Minister, at a meeting with Ukraine’s ambassador to Iran, called for an expansion of trade exchange between Tehran and Kiev.

Valiollah Afkhamirad, who heads Iran’s Trade Promotion Organization (TPO), voiced his readiness to hold the fourth session of the committee for commercial, industrial and mining cooperation between the two countries in near future, as well as to deploy a trade delegation to the European state.

“The Islamic Republic of Iran, in the new era, seeks knowledge transfer from several countries in areas of collaboration,” highlighted the official, pointing to Ukraine’s advances in different sectors such as agriculture, aviation, chemical industries, as well as agricultural equipment.

Afkhamirad went on to underscore that “Major venues for the reinvigoration of bilateral relations include facilitating visa issuance and expanding banking cooperation, in addition to granting tax incentives to merchants and investors.”

He also stated that “Iran remains a profitable and secure region for foreign investors and holds a huge market besides its own 80m population, bringing economic justifiability to investments.”

The head of the TPO said any escalation in cooperation is subject to a clear understanding of the two sides’ economies by traders. “To this end, more communication as well as active participation in exhibitions is required.”

“The Islamic Republic of Iran is determined to bolster ties with Ukraine as the possibility exists to establish preferential trade between the two sides,” maintained the official urging experts and relevant authorities in the European country to take steps in this regard.

Ukrainian Ambassador to Tehran Sergei Burdylyak, for his part, touched upon the Iranian President’s agreement with expansion of bilateral ties between the two countries, asserting, “We appreciate Iran’s attitude towards Ukraine and the fact that no third-party country affects the expansion of our relations.”

“Ukraine is vigorously seeking to develop cooperation with Iran, especially in the field of nutrition,” noted Burdylyak, asserting, “We wish to boost banking ties with Iran by offering all capacities in the field.”

He further stated, “In order to hold the fourth economic session between the two parties, we are ready to attend intensive meetings with the Iranian authorities.”

The Ukrainian ambassador said, “Due to certain issues, Ukraine has lost its market in Russia while it remains as a trusted partner in meeting China’s food demand.”

“Given the sanctions removal, a special opportunity has emerged for the development of relations,” stressed the official, pointing out that Ukraine is a leading country in areas of aircraft manufacturing as well as agricultural production, particularly wheat.

Sergei Burdylyak emphasized, “China’s only aircraft carrier was built by Ukrainian specialists, and we hold proper grounds for investment in developed sectors, in which Iranians are invited to participate.”