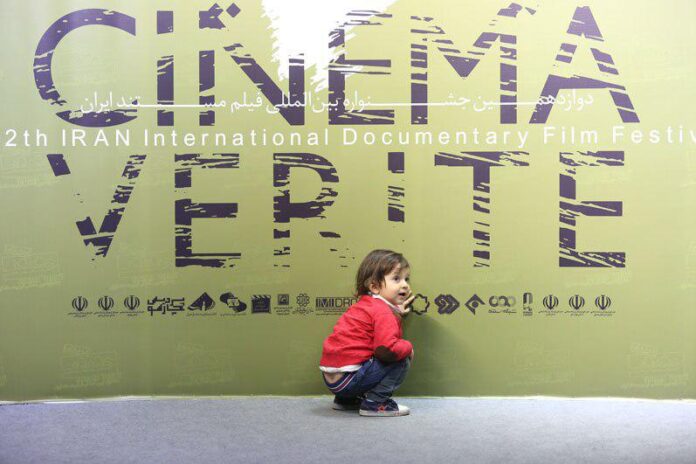 The 12th edition of Iran International Documentary Film Festival, known as Cinema Verite, is underway in the Iranian capital of Tehran.

Kicked off on December 9, the seven-day event is organized by the Iran Documentary and Experimental Film Centre affiliated with the Iranian Ministry of Culture.

The festival has three sections – National, International and Avini Award – in which the competing films are categorized in qualitative and thematic terms.

This year, 634 films were presented to the Secretariat of the festival out of which the committee in charge of selecting the films picked up 71 films for the national section, including 27 short-length, 20 mid-length, and 24 full-length documentaries.

The committee selected 29 other films to compete in the Avini Award section, which is dedicated to films made about resistance, the Islamic Revolution, and the Sacred Defence (Iran-Iraq war).

Meanwhile, in the non-competition section, most of the documentaries which have made their way into the screening program enjoy two main features: they are produced by veteran documentary makers including Mohammad Reza Aslani, Manouchehr Tayyab, Farshad Fadaeian and Farhad Varharam. On the other hand, their themes are attractive for the audiences.

Among the main guests attending the festival one can refer to the French director Nicolas Philibert; Caspar Sonnen, the director of the Netherlands’ IDFA DocLab Festival; Irina Shatalova, manager of Moscow Documentary Film Festival; Vitaly Mansky, director of Putin’s Witnesses; and Raghu Rai, known as the father of India’s photography.