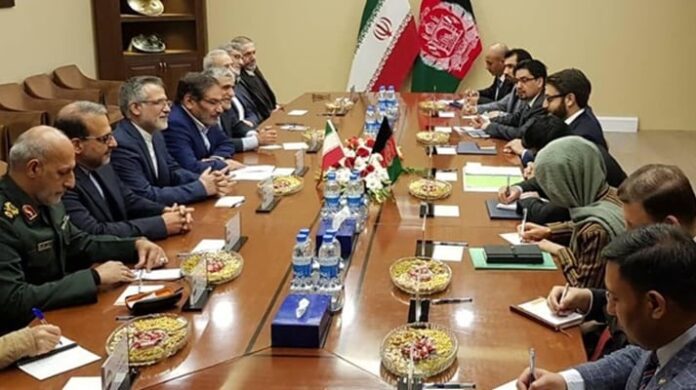 A senior Iranian official says the Islamic Republic is engaged in talks with the Taliban with the knowledge of the Afghan government adding that the talks will continue in the upcoming years.

Secretary of Iran’s Supreme National Security Council Ali Shamkhani made the statement on Wednesday, in a meeting with Hamdullah Mohib, the National Security Advisor to Afghanistan’s president, in which the two sides explored grounds for closer cooperation in political, economic and security fields.

Shamkhani said the talks with the Taliban have been aimed at settling security issues in Afghanistan, without elaborating further on the timing and location of the talks, ISNA reported.

Pointing to reports that the US and its allies are planning to relocate ISIS elements to Afghanistan, Shamkhani said the threat is serious and practical steps are needed to counter the vicious plan.

Shamkhani added that the two countries should work to boost border security, notably measures to upgrade the performance of police posts at joint borders.

For his part, Mohib said Iran plays a big role in efforts to restore peace to Afghanistan, thanks to the close determination of the Afghan government and people to counter terrorism.

“The Islamic Republic has been one of the key supporters of security in the region, and joint cooperation between the two countries would be effective in settling Afghanistan’s security problems,” he underscored.

Mohib further mentioned that he hopes the talks among Iranian and Afghan officials would also help remove obstacles to implementing previous bilateral agreements.