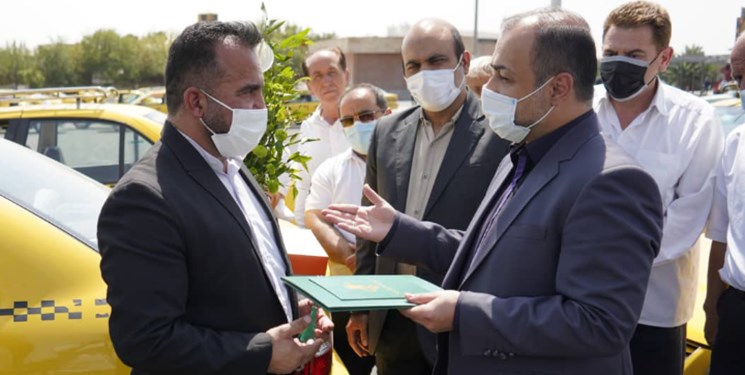 Members of Tehran City Council have commended a taxi driver who played a key role in the Iranian team’s medal haul in the 2020 Tokyo Paralympics.

The taxi driver, Ali Fakhravar, coached the Iranian national weightlifting Paralympics team as they hauled a whopping six medals including one gold and four silvers. That helped Iran get its best Paralympics performance ever in Tokyo with 12 gold, 11 silver and one bronze medals.

Fakhravar, a paralyzed war veteran, works as a taxi driver at the taxi stand of Mehrabad Airport in Tehran.

On Monday, two city council members, Meisam Mozaffar, a former managing director of the Taxi Organization of Tehran, accompanied by Mohammad Akhoundi, a former spokesman for the Physical Education Organization of Iran, paid an unannounced visit to the Merhrabad Airport’s taxi stand.

They praised Fakhravar’s efforts at the presence of his colleagues and handed him flowers and sweets as well as a gift on behalf of the Islamic Council of the City of Tehran.