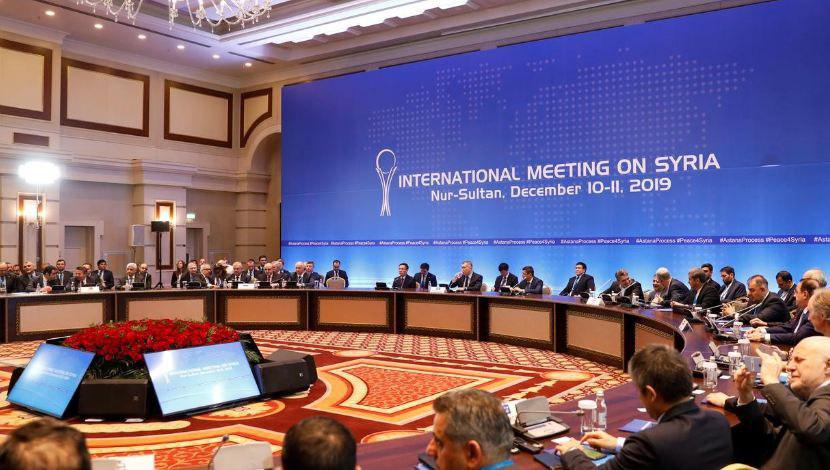 Members of the Iranian diplomatic delegation to the Syria peace talks, known as the Astana Process, have held separate meetings with the Syrian and Iraqi teams in the Kazakh capital of Nur-Sultan.

Iranian Foreign Minister’s Senior Assistant in Special Political Affairs Ali-Asghar Khaji and his accompanying delegation, who have travelled to Nur-Sultan for the 14th meeting of the Astana Process, held separate meetings with delegations from Syria and Iraq on Wednesday, December 11, as part of the bilateral, trilateral and quadrilateral talks with the participating teams.

Moreover, on Wednesday morning, the committee on exchange of the detainees and abductees held its second meeting in Astana to ascertain the fate of the missing people and ensure the delivery of the bodies. The parties in the session emphasized the necessity for stronger action on the issue considering the significance of the humanitarian aspect of the matter.

Also in the bilateral meetings with the Syria and Iraqi delegations, the parties discussed the latest developments in Syria, the concerns about the return of ISIL, the necessity of fighting against terrorists, the latest situation in the east of the Euphrates and in Idlib, as well as Syria’s Constitutional Committee.

Ultimately, the closing meeting of the conference was held with the participation of all delegations, including from the Islamic Republic of Iran, the Russian Federation and the Republic of Turkey as the guarantor states, the three observer states –Iraq, Lebanon, and Jordan- as well as from the Syrian government, the opposition, and the United Nations.

In the closing meeting, which involved a speech from a senior Kazakh official, the final statement of the conference was read out. Afterwards, the heads of delegations from the guarantor states attended press conferences with the reporters attending the conference to explicate the stances of their respective countries.