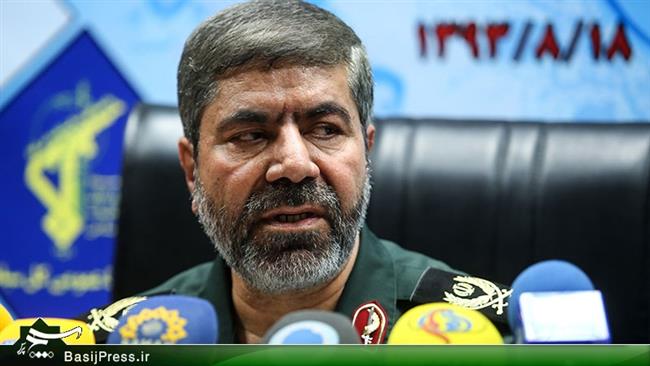 A senior Iranian official says technical capabilities and features of a smart system recently developed by domestic experts to detect the coronavirus will soon be announced.

Brigadier General Ramezan Sharif said the process of the production of the coronavirus detection system will also be explained in the presence of media and experts.

“We thank God Almighty that despite unfair sanctions and the spread of the viruses of enmity and grudge of the US and its allies, the children of the Iranian nation, by God’s grace, and on the back their willpower and firm resolve as well as the development of their talents and creativity, are securing achievements day by day, especially in the field of science and technology, bringing further honour and dignity upon Iranians while triggering the awe and anger of domestic and foreign enemies and ill-wishers,” said general Sahrif, the spokesperson  for Iran’s Islamic Revolution Guards Corps (IRGC).

He said the coronavirus detection system had been tested for more than 10 days in at least 10 hospitals and medical centres before being officially unveiled.

According to the general, the system can detect the coronavirus with 70-80 percent accuracy.

He blasted the propaganda campaign launched by certain foreign media outlets against this accomplishment, saying such a move indicates their feeling of weakness and desperation.