Talks with US Possible If It Delivers on Commitments: Iran 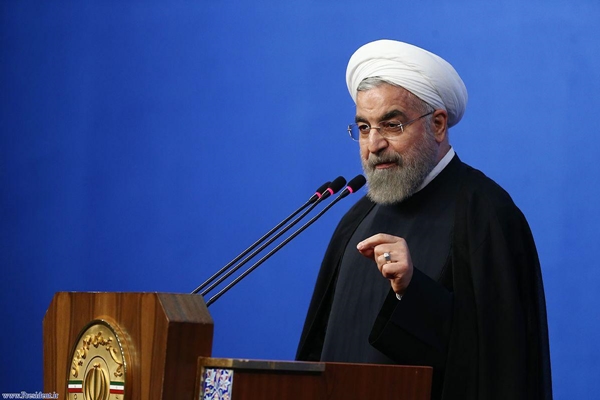 Iranian President Hassan Rouhani has suggested that Tehran may sit for talks with the United States in case the Trump administration returns to the Iran nuclear deal and fulfil its commitments.

Speaking in a Wednesday cabinet session, Rouhani said the Americans have made many claims, but, “it is their actions, not words, that count.”

“Whenever they lift unfair sanctions and live up to their commitments and get back to the negotiating table that they themselves upset and left, then the door will not be closed to them,” President Rouhani underlined.

He urged the enemies of the Iranian nation to walk the walk rather than talk the talk, and show, in practice, that they want to change tack.

“It is up to them to show, in practice, that they don’t want to continue their oppression and crimes like in the past,” he said.

Rouhani also touched upon the problems caused by US sanctions on Iran.

“The enemies who claim they are [only] enemies of the [Islamic] Establishment have, in fact, launched a war against Iranian people from all walks of life, and the sanctions they have imposed are targeting Iranian people’s daily lives, and they revealed their true colours by imposing these sanctions,” he said.

Rouhani’s comments came after Trump told reporters on Monday, “I’m not looking to hurt Iran at all. I’m looking to have Iran say no nuclear weapons.”

“No nuclear weapons for Iran and I think we will make a deal,” Trump added in a meeting with Japanese Prime Minister Shinzo Abe.

Trump also touched upon Iran’s great economic potential, saying the Islamic Republic has the chance to turn into a great country.