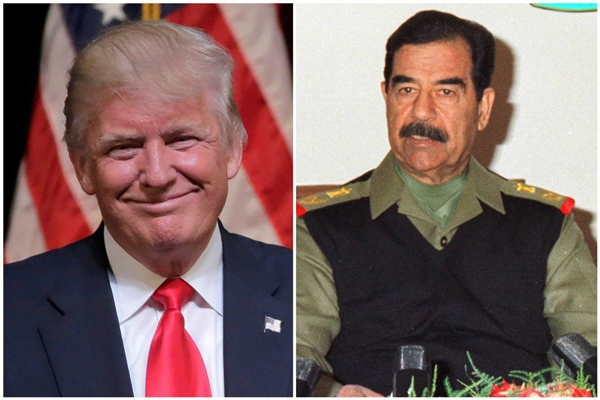 The secretary of Iran’s Supreme National Security Council says holding talks with a “sinister lunatic” amounts to a “relentless war.”

Vice Admiral Ali Shamkhani made the comment on the anniversary of the liberation of the southern Iranian city of Khorramshahr, which was recaptured from the Western-backed Iraqi forces on May 24, 1982.

“May 24, 1982 went down in history when revolutionary youth laid the foundation of a national day of sacrifice, resistance and victory with their blood,” wrote Shamkhani in a short memo for Mehr News Agency.

“At that time, voices were raised across the world, saying, ‘Today is time for talks,’” added Shamkhani, who is also the representative of Iran’s Islamic Revolution Leader Ayatollah Seyyed Ali Khamenei.

He said the Iranian nation, inspired by the recapture of Khorramshahr and the culture of resistance behind it, have turned military wars, terrorism and economic warfare into victory through resistance.

The city of Khorramshahr remained in Iraqi hands until April 1982, when Iran launched Operation Beit ol-Moqaddas to recapture Khuzestan province.

The first attack (from 24 April to 12 May 1982) utilized approximately 70,000 Iranian military troops that succeeded in pushing the Iraqi forces out of the Ahvaz-Susangerd area while sustaining heavy casualties.

The Iraqis came back to Khorramshahr and, on 20 May, launched a heavy but unsuccessful counterattack against the Iranians who stood their ground no matter the cost.

An all-out assault on Khorramshahr was then launched by Iran, which captured two Iraqi defense lines in the Pol-e No and Shalamcheh region.

The Iranians gathered near the Arvand Rud river (Shatt al-Arab), surrounded the city and began a second siege. The Iranians finally recaptured the city on 24 May 1982 after two days of bitter fighting.