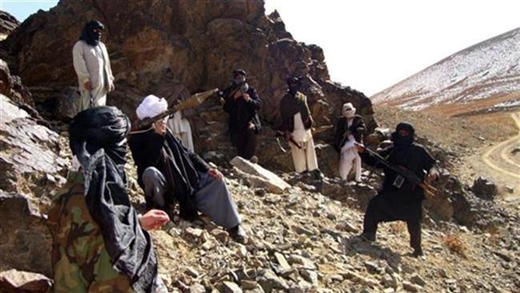 A letter signed by the Taliban deputy leader warns Al-Baghdadi “against waging a parallel insurgency in Afghanistan".

The Taliban have warned terrorist ISIL leader Abu Bakr al-Baghdadi against meddling in Afghanistan amid reports of deadly clashes between the two rival terrorist groups.

In a letter signed by the Taliban deputy leader Mullah Akhtar Mohammad Mansoor on Tuesday, the group warned Al-Baghdadi “against waging a parallel insurgency in Afghanistan.”

The letter, published on the Taliban website in Pashto, Urdu, Arabic and Dari languages, also asked the ISIL leader to stay out of Afghanistan by withdrawing his support from certain elements who are recruiting young militants in the Taliban strongholds.

The Taliban have seen a string of defections in recent months. The ISIL is using a sophisticated social media campaign to woo local Taliban militants.

Fears are growing that the ISIL militants have been making inroads in Afghanistan. A series of violent clashes between the rival militant groups has been reported across Afghanistan over the past weeks.

On Sunday night, several militants were killed during clashes in Shirzad district of the eastern Nangarhar province.

Afghanistan has been experiencing a massive influx of foreign militants from a host of countries over the past years.

Afghan President Ashraf Ghani recently warned that the ISIL group is posing a serious threat to the county’s peace and security. Ghani has said that ISIL is worse than al-Qaeda for Afghanistan.

Afghanistan has been facing bloodshed and insecurity nearly 14 years after the United States and its allies invaded the country in 2001 as part of Washington’s so-called war on terror.