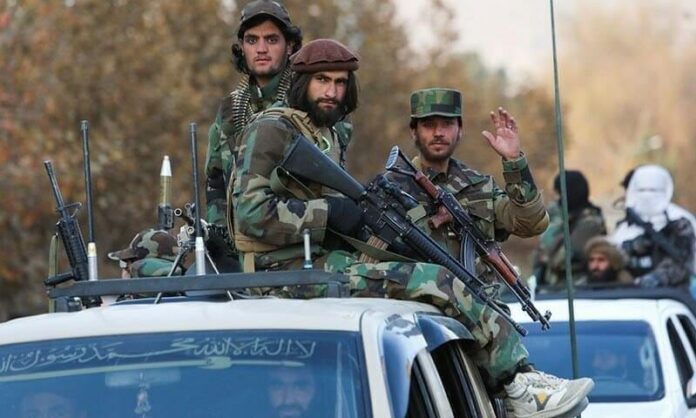 Hundreds of the Taliban fighters boarding US-made armored vehicles and supported by Russian helicopters conducted a military parade on the main street of the Afghan capital.

The parade was held on Darulaman Street on Sunday afternoon.

Spokesperson of Afghanistan Defense Ministry Enayatullah Khwarazmi said that the military show was held by the newly graduated soldiers.

This is the Taliban’s second military parade since they took over Afghanistan on August 15.

Earlier, the Taliban’s special 700-member military unit had graduated in Kandahar and held the military parade in that city.

It comes as the Ministry of Defense of Afghanistan has announced that the efforts for building an Islamic army have been expedited and they will soon have their own army.