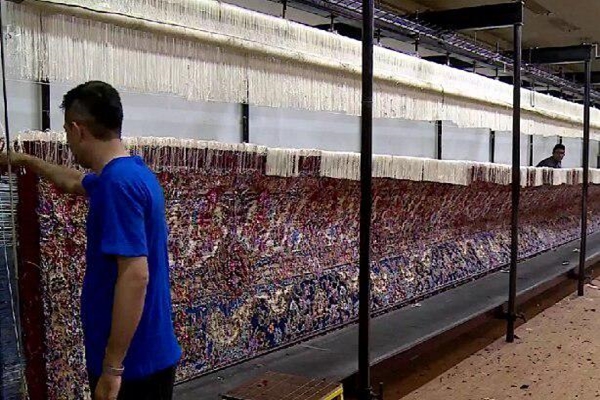 Artists from the Iranian city of Tabriz in East Azarbaijan province have woven the world’s first 600-square-metre carpet after six years of work.

The director of the project has told reporters that the carpet weighs three tonnes and has 70 colours.

Mansour added that to produce this carpet people have worked in two shifts for six years.

“At present, a 1,000-metre carpet is also being knotted in our workshop for the king of Oman, and four carpets of 2,000 square metres, are being knotted for our foreign customers,” he noted.

Alipour Fard, who is also the Chairman of the Carpet Organisation of the East Azarbaijan province, said one million square metres of carpet are knotted per year in the province.

East Azarbaijan has long been the main hub of carpet knotting in the world and the carpet of Tabriz has a worldwide reputation.

Azarbaijan carpets are a combination of traditional designs and there are some with a low number of colours which are exported to European countries, the official said.