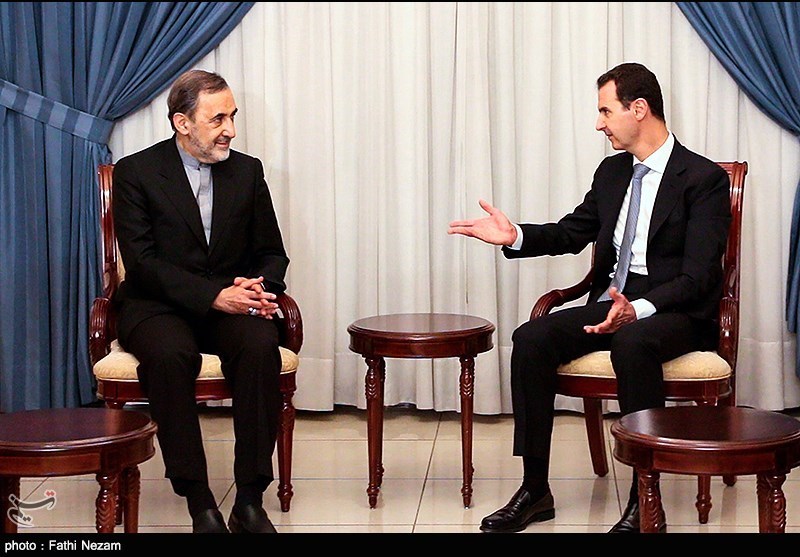 Syrian President Bashar al-Assad expressed his gratitude to Iran’s people and leadership for their unwavering supports for the war-stricken country and efforts to help resolve the five-year-old conflict.

In a meeting with Head of the Strategic Research Center of Iran’s Expediency Council Ali Akbar Velayati in Damascus on Saturday, Assad exchanged views on a range of issues, including the latest developments in the Middle East and mutual cooperation between Tehran and Damascus in diverse areas.

He also expressed optimism about Syria’s victory in the “unbalanced war” that terrorists and their supporters have waged on the Arab country.

Veleyati, for his part, commended the resistance of the Syrian nation against foreign-baked terrorism, describing such resistance as unprecedented in history.