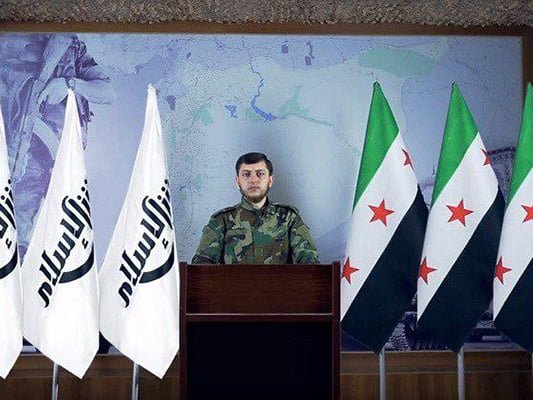 Syrian government has expressed its preparedness to hold talks with Jaysh al-Islam, a coalition of Islamist rebel units involved in the Syrian Civil War.

According to the Syrian State TV, the Assad government is prepared to hold talks with the militants in Douma near Damascus.

“Jaysh al-Islam terrorists have called for holding talks with the Syrian government,” a Farsi report by Mizan quoted Syria’s state TV as saying.

The Syrian Arab News Agency (SANA) also said the appeal by Jaysh al-Islam came after “the painful blows they received due to the decisive military operation and attacks on their positions and hotbeds in Douma.”

This comes as Russian Defence Ministry announced on Saturday the Jaysh al-Islam terrorists are preventing the civilians from leaving Douma and targeting the protesters.

Over the past days, these militants have been targeting Damascus with missiles from a region in Douma, Mizan added.

Reports say at least four Syrians including a child have been killed and more than 30 others injured in the militants’ missile attacks on Damascus.

Douma is the last terrorist bastion in Eastern Ghouta. The Syrian army, backed by the Russian air force, has almost entirely liberated Eastern Ghouta from the militants.