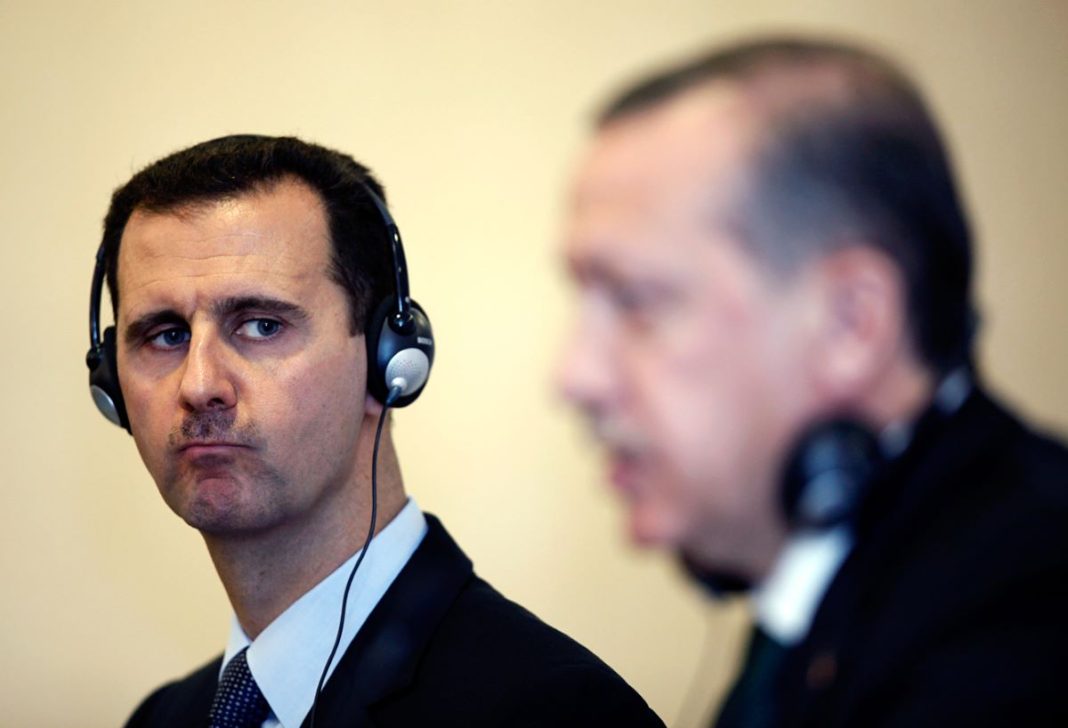 Assad believes such a meeting would help Erdogan in Turkey’s June elections, allowing him to signal progress on returning some of the 3.6 million Syrian refugees living in Turkey to its neighbour, according to Reuters.

“Why hand Erdogan a victory for free? No rapprochement will happen before the elections,” an unnamed source with knowledge of Syria’s thinking told Reuters.

Turkey hosts the world’s largest refugee population, and public resentment against Syrians has been growing in the country, which is facing a severe economic crisis. Amid the public frustration, Erdogan has promised a “voluntary return” of one million refugees to Syrian territory controlled by Ankara and its allies.

But an unnamed diplomat quoted by Reuters stated Syria sees a meeting with Erdogan as “useless if it does not come with anything concrete, and what they have asked for so far is the full withdrawal of Turkish troops [from Syria]”.

Turkey launched its first invasion of Syria in 2016, with the aim of depriving Kurdish fighters of a base along its border. Two more military forays followed in 2018 and 2019.

Ankara’s footprint in the territory has grown since those incursions. The Turkish lira is now the dominant currency in the area. Syrian schoolchildren are taught Turkish as a second language and Turkey pays the salaries of tens of thousands of allied Syrian rebels and civil servants.

But rapprochement with Damascus could help Turkey address concerns about Kurdish militants. Turkish officials have suggested in recent days that a new ground offensive into Syria could be imminent.

The feud between Assad and Erdogan goes back to the Arab Spring, when the Turkish leader backed the uprisings against “autocracies” in countries such as Egypt and Tunisia, and in Syria, Turkey funded militants groups opposed to Damascus.

But the old fault lines of the Arab Spring have been breaking down and Erdogan, whose country is being battered by an economic crisis and skyrocketing inflation, has pivoted.

After vowing not to meet with Egyptian President Abdel Fattah al-Sisi, who came to power through a military coup, the two were pictured shaking hands last month at the World Cup in Qatar. Turkey has also revived ties with the UAE and Saudi Arabia after years of acrimony.

Last month Erdogan noted he was open to resetting relations with Syria.

“There can be no resentment in politics,” he said in a television interview over the weekend.

Turkey and Syria’s intelligence chiefs have held multiple meetings in Damascus this year with the aim of arranging a potential meeting between the two countries’ foreign ministers, but one of the sources quoted by Reuters stated Damascus had turned down the meeting.

Syria could also see benefits from normalising ties with its larger neighbour. Assad met Abu Dhabi Crown Prince Mohammed bin Zayed (MbZ) in March on his first visit to an Arab state since the Syrian war erupted in 2011.

A source with knowledge of Turkey’s thinking told Reuters an Assad-Erdogan meeting could still be possible “in the not too distant future”.

“[Russian President Vladimir] Putin is slowly preparing the path for this,” the source continued, adding, “It would be the beginning of a major change in Syria and would have very positive effects on Turkey. Russia would benefit too… given it is stretched in many areas.”