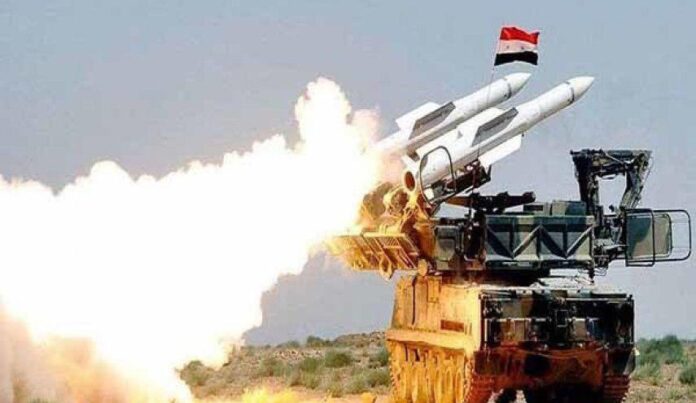 A senior Iranian journalist and commentator says the Syrian army must fire missiles at Riyadh and Abu Dhabi in retaliation for the airstrikes on Syria conducted by a US-led coalition supported by Saudis and Emiratis.

Hossein Shariatmadari, the Chief of the conservative Kayhan newspaper, has in a Farsi piece weighed in on the recent attack of the US, UK, and France on Syria, saying that Saudi Arabia and its allies must pay the price for the attack.

“Earlier, Donald Trump stated that Washington has spent $7 trillion in the region without making any progress. He described the move as costly stupidity stressing that he is not willing to see the presence of US forces in Syria be continued,” noted Shariatmadari.

“Following this decision, Saudi Crown Prince Mohammed bin Salman agreed to pay the costs of US intervention in Syria and spent $4 billion as the first step. Bin Salman then went to the UK and France after visiting the United States to negotiate with the officials of the two European countries.”

“Undoubtedly, it can be concluded that the cost of joint criminal attack of the US, UK and France on Syria has been paid by Al Saud; therefore, Saudi Arabia and its allies should pay the price.”

Shariatmadari also suggested that Damascus must launch missiles at Riyadh and Abu Dhabi in retaliation for the Western countries’ assault.

The editor-in-chief of Kayhan daily further mentioned that the retaliatory move is completely justified in the international conventions, since Riyadh has officially announced that it has paid the expenses of the attack on Syria.

Therefore, the kingdom is one of the parties involved and is considered a major contributor to the recent attack, he added.

He further cited the words of Imam Ali (as) who said, “Throw stones to the same direction they come from.”

The US, UK and France struck some Syrian sites in response to an alleged deadly chemical attack in the town of Douma a week ago.

A fact-finding mission from the Organization for the Prohibition of Chemical Weapons was to begin investigating the claims in Douma. The mission’s job was only to determine whether chemical weapons had been used, not who had used them.

This comes as Syria denies any chemical use and says that attack was fabricated by terrorists.

A UN Security Council vote brought by Russia, to condemn the US-led strikes was rejected.

While Western powers have supported terrorists from early on in the war, the wave of strikes represents the most significant attack against President Bashar al-Assad’s government by Western countries in seven years of Syria’s civil war.

The strikes risked pulling the United States deeper into the complex, multisided war in Syria and raised the possibility of confrontation with Russia. Within an hour after the attack, the Russian ambassador to the United States warned of “consequences” for the allied attacks.

Russia responded with sharp words. “We warned that such actions will not be left without consequences,” Anatoly Antonov, the ambassador to the United States, said in a statement. “All responsibility for them rests with Washington, London and Paris.”

Taking umbrage at Trump accusing Russian President Vladimir Putin in his speech of not living up to a promise to disarm Syria of its chemical weapons, Antonov added, “Insulting the president of Russia is unacceptable and inadmissible.”