Switzerland plays its role in good implementation of JCPOA 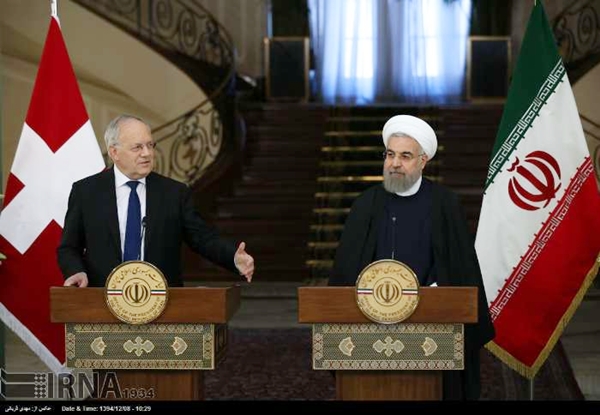 Schneider-Ammann made the remarks at a joint press conference with his Iranian counterpart Hassan Rouhani here on Saturday.

The Swiss president further congratulated all including President Rouhani on reaching nuclear agreement.

On July 14, 2015, Iran and the six world powers reached a landmark nuclear agreement known as the Joint Comprehensive Plan of Action (JCPOA).

It is clear that economic sector of Switzerland in interested in developing relations with Iran, said Schneider-Ammann.

Switzerland is determined to continue and improve relations with Iran, said he, adding drawing a road map for bilateral cooperation is following up that end.

The two should move step by step to implement mutual agreements and joint projects, he added.

The Swiss president arrived in Tehran on Friday evening.