Stage and screen heavyweight calls on Iranians to back nuclear deal 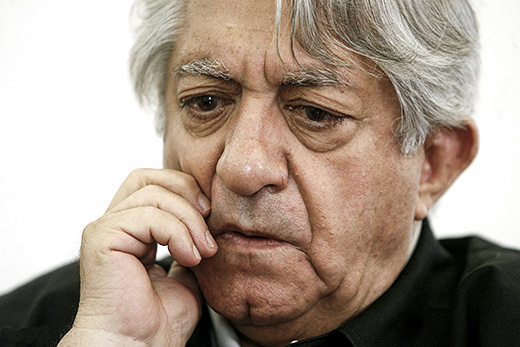 Veteran Iranian actor Ezatollah Entezami has said that nuclear talks proved that the Iranian nation is after peace, not war, and wants to be present in negotiating rooms for peace, not on battlefields.

Ezatollah Entezami, a veteran actor, has asked the Iranian people to support the nuclear deal the country has inked with P5+1, and said the Vienna deal showed to the whole world that Iranians favor peace over war.

Iran newspaper on September 20 published an opinion piece by the renowned actor on the Iran nuclear accord and the necessity of public support for the deal. The following is the translation of the piece in its entirety:

I am Ezatollah Entezami who is widely known as “Mr. Actor” [Entezami has been named the greatest actor in the history of Iranian cinema] thanks to your [the Iranian people’s] favor. I have always been known for being a peace-seeking individual, one who does not condone violence and conflict, one who hates political disputes and calls for differences to be patched up peacefully.

Now that our country, Iran, has successfully and proudly taken care of one of its most daunting challenges after years of ups and downs and has managed to clinch a deal with world powers following two years of marathon talks and lift the ominous cloud of war and embrace serenity, for my part, I – as a zealous Iranian – lend support to this big national achievement and call on all pundits to support the Iran nuclear deal.

There is no need to remind you that we have gone through stressful years, those nightmarish years when we were under constant threats and sanctions on multiple fronts. Economic sanctions were the most dangerous sanctions. These sanctions created a highly critical situation in our country. Our national currency [lost its value and] hit the bottom of the barrel, the country was pushed to the brink of bankruptcy and an 80m-strong nation was plunged into a period fraught with painful and agonizing moments.

It is anybody’s guess what the future would have had in store for this nation, in the absence of this deal [the Iran nuclear deal]. We, the Iranian nation, which has gone through excruciating pains, should not forget those hard years.

Over the years when resolutions were issued against Iran at the UN Security Council one after another, some in the country would mock such resolutions. Their mocking put the country on the verge of war.

What saved the country and pulled it back from the brink of war was the public vote in the 2013 elections. People gave the elected president a mandate to save the country from the crisis.

Building on people’s vote [for the president], the man the president appointed foreign minister entered the [nuclear] talks with a stronger bargaining power and came out with his head held up high. These talks proved to the entire world that the Iranian nation is seeking peace, not war. This is a nation which wants to be present in negotiating rooms for peace, not on battlefields. This is a nation that wants to enjoy security and avoid tensions.

This is the real face of Iran, a face on which wisdom and rationality are more noticeable than anger. The Iranian people are after tranquility. They want calm so that they can think of better days to come. [They are seeking] a promising future for all generations. Like fellow Iranians, I think and care about the future of Iran, a [better] Iran for all Iranians, both for my contemporaries and those who will be born here in the future. [We think of] an Iran in which we can get the better of all problems and think – unconcernedly – about the establishment of full democracy. I take a bow to the Iranian people. 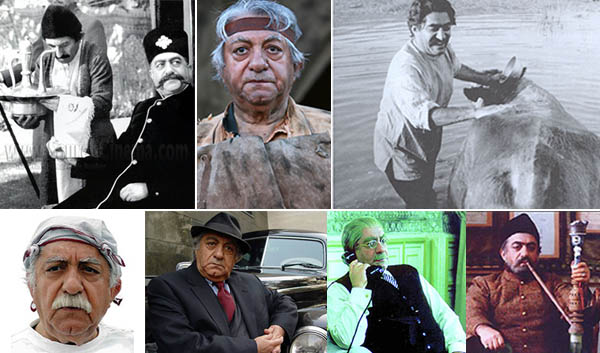