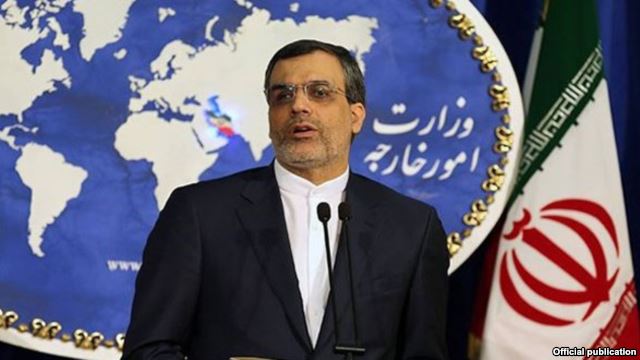 Saudi Arabia is responsible for the existing problem between Riyadh and Tehran, Spokesman for the Foreign Ministry Hossein Jaberi Ansari said, adding Riyadh is following policy on creating tensions.

He made the remarks talking to reporters at his weekly press conference.

Jaberi Ansari said Iran welcomes all efforts being made by the friendly countries to solve the problem, but all those endeavors need change in the Saudi wrong policies.

By such policies, Saudi Arabia sees its interests in aggravating crises in the region, he added.

On January 2, Saudi Arabia executed Sheikh Nimr al-Nimr, a Shia Muslim cleric known for his sermons criticizing the kingdom’s government and for his support of political protests in the country’s oil-rich Eastern Province.

At that day, the Saudi Interior Ministry said 47 people have been executed on charges of what it referred to as terrorism.

Prominent Shia cleric Sheikh Nimr al-Nimr was among those executed.

The Saudi move triggered mass protests in Iran and other countries.

After execution of Sheikh al-Nimr, a group of youth gathered ‘illegally’ in front of Saudi Embassy in Tehran and damaged the embassy’s building.

The Police forces arrested a number of demonstrators.

On the pretext of the issue of its embassy, Riyadh has formed a so-called anti-Iran coalition and is trying to add members to that coalition by taking unwise measures.

A day after the event, Saudi foreign minister announced on January 3 that Riyadh severed its diplomatic relations with Tehran.

Iran’s First Vice-President Eshaq Jahangiri commented on the Saudi announcement saying cutting ties with Iran is detriment to Riyadh not to Tehran.